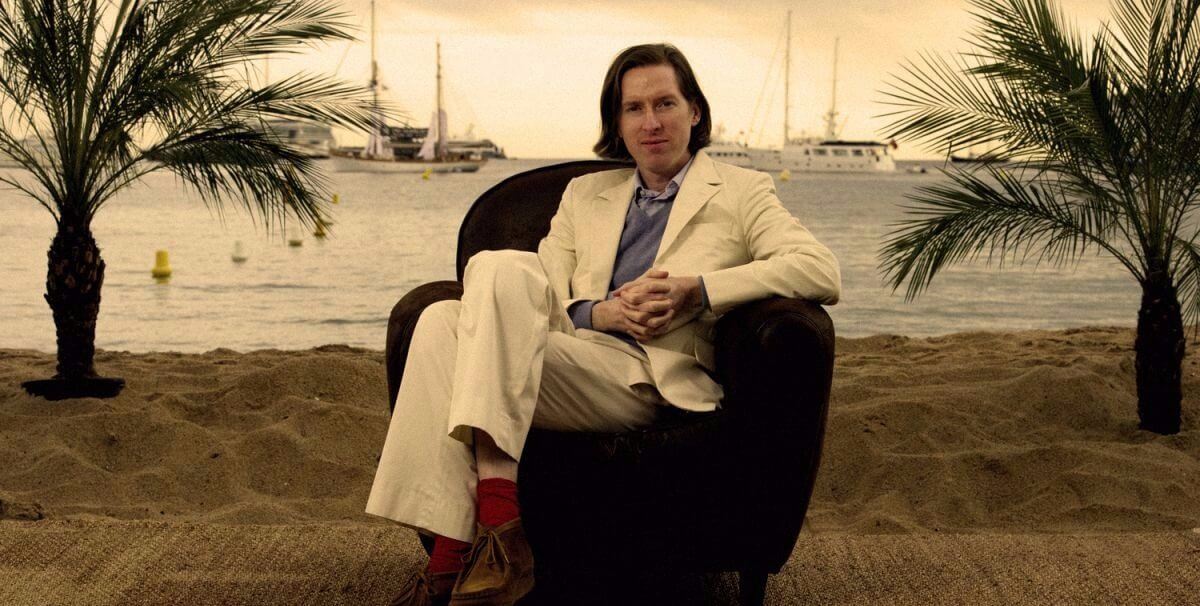 Even as a young child, Anderson would steal his father’s Super 8 camera to create silent films starring his brothers and friends. He graduated from St. John’s School in Houston in 1987, which was later used as the setting for Rushmore, and advanced to The University of Texas to study Philosophy – whilst working as a part-time cinema projectionist. This was where he met future colleague Owen Wilson.

In 1996, Anderson would direct Bottle Rocket – his first feature film and based on a previous short film. Starring his good friend Owen Wilson, the film performed poorly at the box office despite earning virtuous reviews – Martin Scorsese highlighted Bottle Rocket as one of his favorite films of the 1990s.

Anderson’s film career was ignited from this point onward. 1998 brought long-term collaborators Jason Schwartzman and Bill Murray together to film Rushmore. Being such a critical success, Anderson won Best Director at the 1999 Independent Spirit Awards. Since then, a keen eye has been cast on Anderson and his collaborators as they eagerly awaited his next project.

Films such as The Life Aquatic with Steve Zissou, Fantastic Mr. Fox, and The Grand Budapest Hotel are visually stunning and even considered masterpieces (all except The Grand Budapest Hotel have been turned into stunning Criterion Collections). Anderson’s obscure eye for precision and symmetry has been noted by The Academy – his nominations include Best Director and Best Original Screenplay which resulted in him receiving worldwide recognition.

Bottle Rocket (1996)  |  After a release from a hospital for mental patients, three friends attempt a robbery involving their formal boss. With opposing personalities, the friends have to work together to succeed and hit the road.

Rushmore (1998)  |  Gifted teen Max Fischer is a failing student within the private school of Rushmore. After acquainting with entrepreneur Herman Blume, Fischer has to succeed academically whilst dealing with the newly-introduced love triangle with an elementary school teacher.

The Royal Tenenbaums (2001)  |  Being diagnosed terminally ill, Royal Tenenbaum reunites his family which previously left him in a final effort to make things right.

The Life Aquatic with Steve Zissou (2004)  |  Acclaimed oceanographer assembles a crew (consisting of a journalist, his separated wife, and possibly his son) to hunt down a mythical shark that killed his partner.

The Darjeeling Limited (2007)  |  Three brothers (each suffering from depression) plan a train journey across India in an endeavor to bond after the accidental death of their father.

Fantastic Mr. Fox (2009)  |  Mr. Fox is a new father and has to put his life of crime behind him. In order to be a responsible and influential father, he has to leave his rebellious attitude in the past. Just after one more raid…

Moonrise Kingdom (2012)  |  A search party scours an island set of the coast of New England to catch two lovers (a young girl and boy) who planned to run away together.

The Grand Budapest Hotel (2014)  |  Esteemed concierge Gustave H. gets tangled up in treachery, murder, and robbery during the European War. All alongside his new lobby boy Zero.

Alongside such a quirky filmmaking technique, Wes Anderson has sparked discussion about not just his stylistic traits but also the recurrent emotional themes that play such an important role in the narrative. In many of Anderson’s films, a father figure of sorts is present. Usually, a character is searching for a new father – literally or figuratively. Whether it be Steve Zissou, Mr. Fox, or Captain Sharp, there is always a constant search for love in Anderson’s films. Anderson was very young when his parents divorced which totally affected his life – he uses the art of filmmaking to cope with his loss. Typically, such a recurring theme will conclude with an upbeat finale where these two characters will be united.

Equally, family or family matters unravel at the center of Anderson’s stories. Characteristically, these personas are particularly contrasting of each other with zany behaviors and obscure costuming. The three brothers (Francis, Peter, and Jack) in The Darjeeling Limited are excellent at conveying this. There is often conflict between them but because they are brothers and because their love still exists they fight through and come out better. All of the family feuds are resolved at the conclusion with each of members learning a valuable lesson afterward. With such a heartfelt message, it is easy to value why Anderson’s films are so universally available and appreciated by everyone. 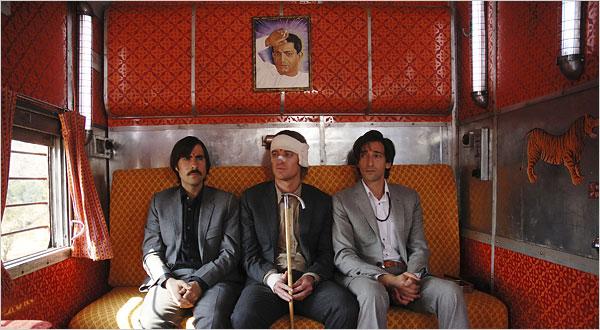 Anderson is eager to reference nostalgia in all his pictures. Many criticisms have been harsh to bash on his love for The French New Wave or bygone times. Other than referencing his pieces, it is clear that he is heavily influenced by various eras and cultures as his films are rarely set in modern day. 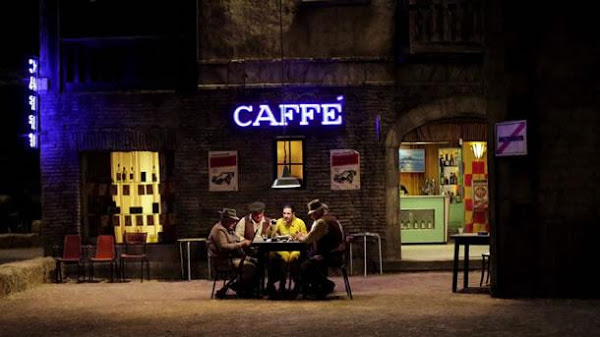 His love for the periodic setting is transferred into his characters also. M. Gustave, for example, longs for the world to stay the same - Anderson’s voice is transferred through him. M. Gustave is the hotel. They cannot exist without each other and, when they are apart, they appear detached from the world. A great example is when M. Gustave reaches prison and his mannerisms are totally dissimilar to that of the inmates at the prison. He begins twisting props such as ‘The Throat Slitter’ into cutlery for Mendl’s cakes – instead of conforming, he transforms his environment. If you look at Wes Anderson, his clothing and persona reflect the style of his films – they ooze Anderson. From his suede boots or vibrant jackets, Anderson is as unique as his films.

The periodic backdrop that Anderson selects for each of his films contain moments of individualism. Simply the setting for any of his films can easily be identified and spark a thought process about the narrative. Not all of these periods are labeled, however. The Life Aquatic with Steve Zissou contains elements of the past but merges them with advanced technology. We cannot locate the period that is being referenced he so we have to assume it is Anderson dabbling once again with the magical realism sub-genre – a favourite of his. 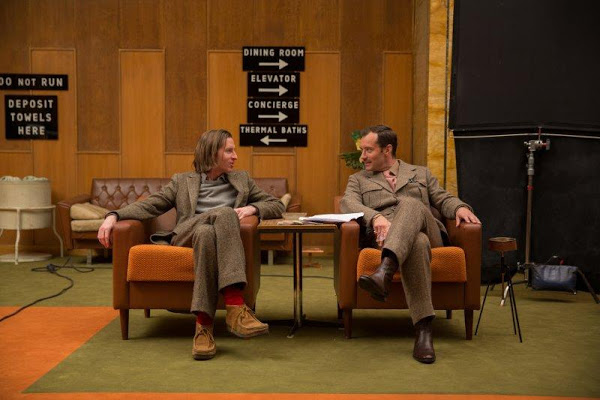 Whilst altering the color scheme and set designs of his films, Anderson uses endless techniques behind the camera that highlights him as an auteur. Here are some of his trademarks that he utilizes: 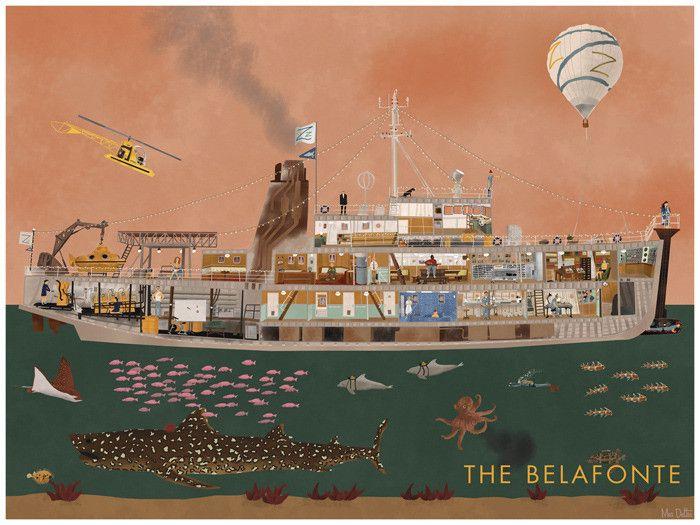 Anderson is not shy to arrange his shots into perfect symmetry. Even in his earliest films, examples of symmetry have been low-key but, as of recently, it has grown into a necessity. The arrangement of props and characters fuels this oddly satisfying organization that Anderson possesses. 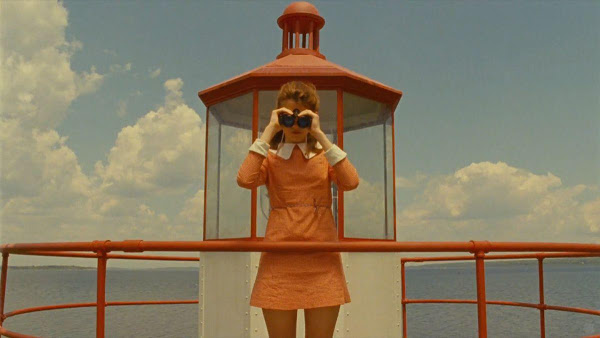 Another key trademark for Anderson is tracking shots. Anderson holds the ability to move the camera wherever he pleases in any direction – this use of creative freedom is very recognizable from Rushmore onwards. Often, Anderson will combine this with slow-motion set to music to increase dramatic effect. In the most unsubtle of ways, characters can be introduced with the flick of a switch and develop their personalities from the get-go.

Anderson’s color palettes are often a recurring talking point for his films. Noticeably, the calmer tones are contradictory to the vibrant bursts of color that are splashed onscreen – all contributing to truly gorgeous cinema. An absolute favorite of mine is featured in The Grand Budapest Hotel (below) (arguably his most beautifully filmed to date). 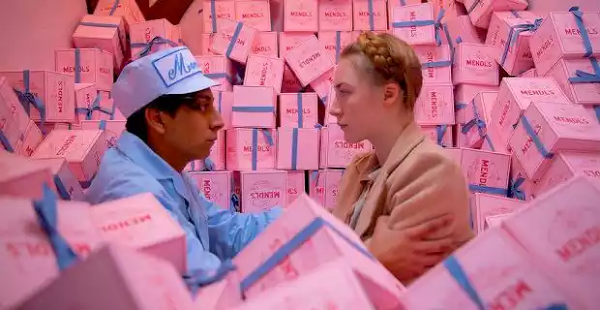 For many of the actors that star in Anderson’s films, they don’t do it for the next paycheck but simply for entertainment. The vastness of distinguishable faces that appear is profound – especially in comparison to big Hollywood blockbusters. Furthermore, you can see the actors enjoying themselves. The Life Aquatic with Steve Zissou cast light up when repeating Wes Anderson’s script. 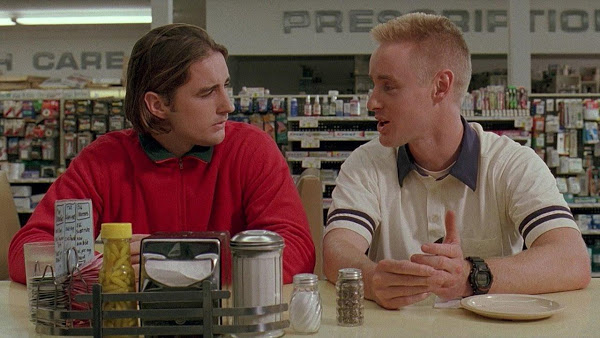 Mostly pre-1960s cinema influenced Anderson with his techniques but most notably, the work of Francois Truffaut – especially Les Quatre Cents Coups. Truffaut led the movement of critics against the “state-sanctioned films of France” with his idea of Cinema of Quality. Themes in The Royal Tenenbaums or Moonrise Kingdom of rebellion were inspired by the cold world of Les Quatre Cents Coups.

As described earlier, consistent style contributes to Anderson’s effect. With both writing and filming, Stanley Kubrick’s influence on Anderson still remains in his latter films. 2001: A Space Odyssey had an asymmetrical and stylistic impact on Anderson’s films but Kubrick’s less successful Barry Lyndon targeted the creation of Anderson’s characters. Like the majority of Anderson’s characters, Barry Lyndon is a bit dim but has a quirk – Steve Zissou or Francis (The Darjeeling Limited) come to mind. Furthermore, natural dialogue (all period dependent) seamlessly flows from characters much like a natural conversation. They also adapt the social class or time period with the dialect that is unique to each persona – the best example of this is evidently the extravagant Gustave, H.

However, the film I can draw the most parallels from is The Graduate (Mike Nichols, 1967). Anderson adopts the same technical aspects (2.35:1 with Panasonic lens and Technicolor) plus the great use of pop music (often with a slow-motion walk sequence). Lastly, the conclusion of The Graduate follows Ben successfully get the girl. How many of Wes Anderson films have finished with the same ending?

Normally I would say to watch through a director’s filmography in chronological order. However, Wes Anderson is such an acquired taste so many will love him whilst others despise him. Therefore, Fantastic Mr. Fox would probably be the best starting point as it is the most accessible for a wider audience yet still remains stylistic enough to differentiate himself from other directors and animations. From there, the choice of Anderson film is up to you – there are all similar in terms of technicality and plot aspects. However, the least accessible would probably be Moonrise Kingdom as it is the most ‘Anderson’ film of them all. Some people believe that this is the best Anderson film to date but some people are much more skeptical about it (much like myself). It is very quirky and often weird at times but if you can get past that then it becomes super enjoyable. Additionally, Bottle Rocket (Anderson’s first) is probably my least favorite of his. As it is early on, Anderson hasn’t properly developed his style so it feels the least ‘Anderson’ out of all of them. With that in mind, Bottle Rocket isn’t a great film but it is fun in places. All of Anderson’s films are reasonably short and sweet (with often dark undertones) but are perfect to casually watch with friends.

Wes Anderson has developed a cult following in the film industry. His mesmerizing colors and truly unique forms of storytelling are relished by critics and fans worldwide. Other filmmakers are constantly attempting to adopt his style without success – no one does it quite like Anderson. He will continue to pump out more classics in the future. 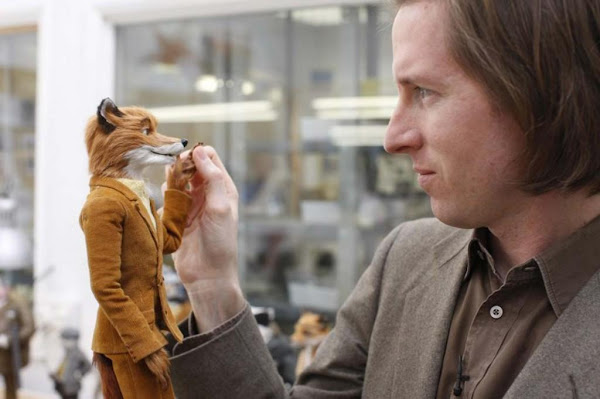