Ethics in Rural America: The Unlikely Marriage Between the Western and Film Noir Genres During Times of Uncertainty

Brian GutierrezFeature ArticlesFilm EssayThe CineFiles
The Western genre has been largely associated with American cinema and culture. While many other filmmakers from different regions and perspective of the craft will take on the genre with their own visions, the genre tends to be associated with the American cinema.  Early films of the genre present clear-cut protagonists and villains, however in Post-war America, the Western had presented a reflection of the ethical issues in society during that time. In the past, the Film Noir genre had been illustrative of the impact of events which lead up to Post-war America. In more recent times, the Western genre has been used by filmmakers to present more issues that we find within the Post 9/11 America.  Instead of having films within the urban locations of America, there has been a focus of the rural areas with the inclusion of moral conflict within the story. After the events of World War II, cinema had become influenced by the circumstances they personally witnessed and through the images presented in European media vehicles.  A new genre emerged with its darker aesthetic and harsher environment for its characters: Film Noir.  The Furies (Mann, Film) is one example where Film Noir may have influenced the Western genre in its overall aesthetic and story elements through the prevalence of shadows and the inescapable death for characters.  In The Furies, the relationship between the daughter and father is not loving and as witnessed in many films of the  Film Noir genre, death is inescapable.  There comes a point in the film where it no longer feels like someone could escape it but rather who will be made to suffer by death. 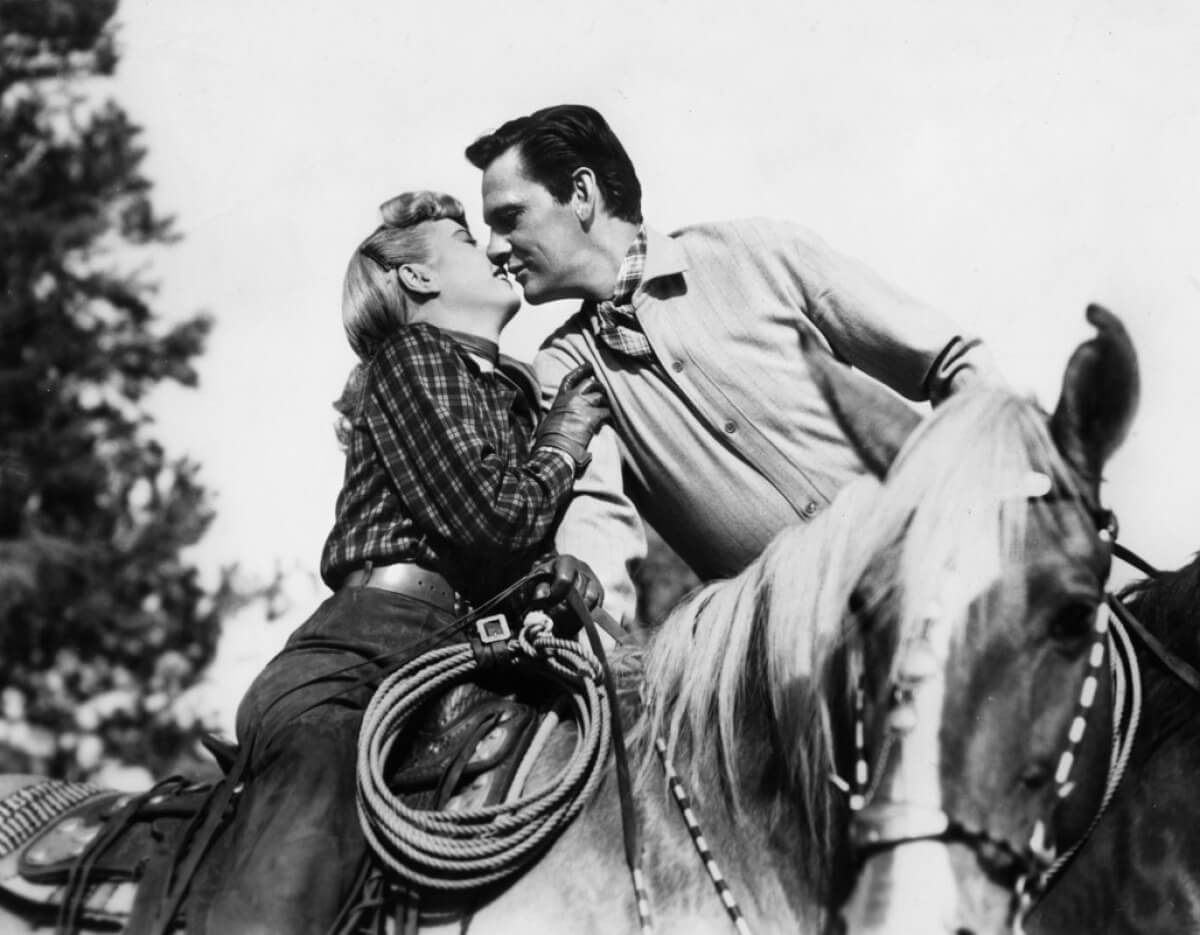 Another example of Film Noir’s influence of Western cinema is John Ford’s Grapes of Wrath (1940). The feels very dark throughout uses the aesthetic to emphasize the darker view of the American dream that is lost within the narrative. Later, Ford would also directly present a dark character as a protagonist in The Searchers (1956). The character of Ethan (John Wayne) is not a heroic one but a vengeful man with such a strong prejudice toward Native Americans that he learns the language and culture of the people to better know how to perform his vengeance upon them. This is a much darker view of the west with characters that conflict with ethical dilemmas other than exclusively external ones. What is occurring below the surface is just as important as what is happening within the less populated areas of the country. 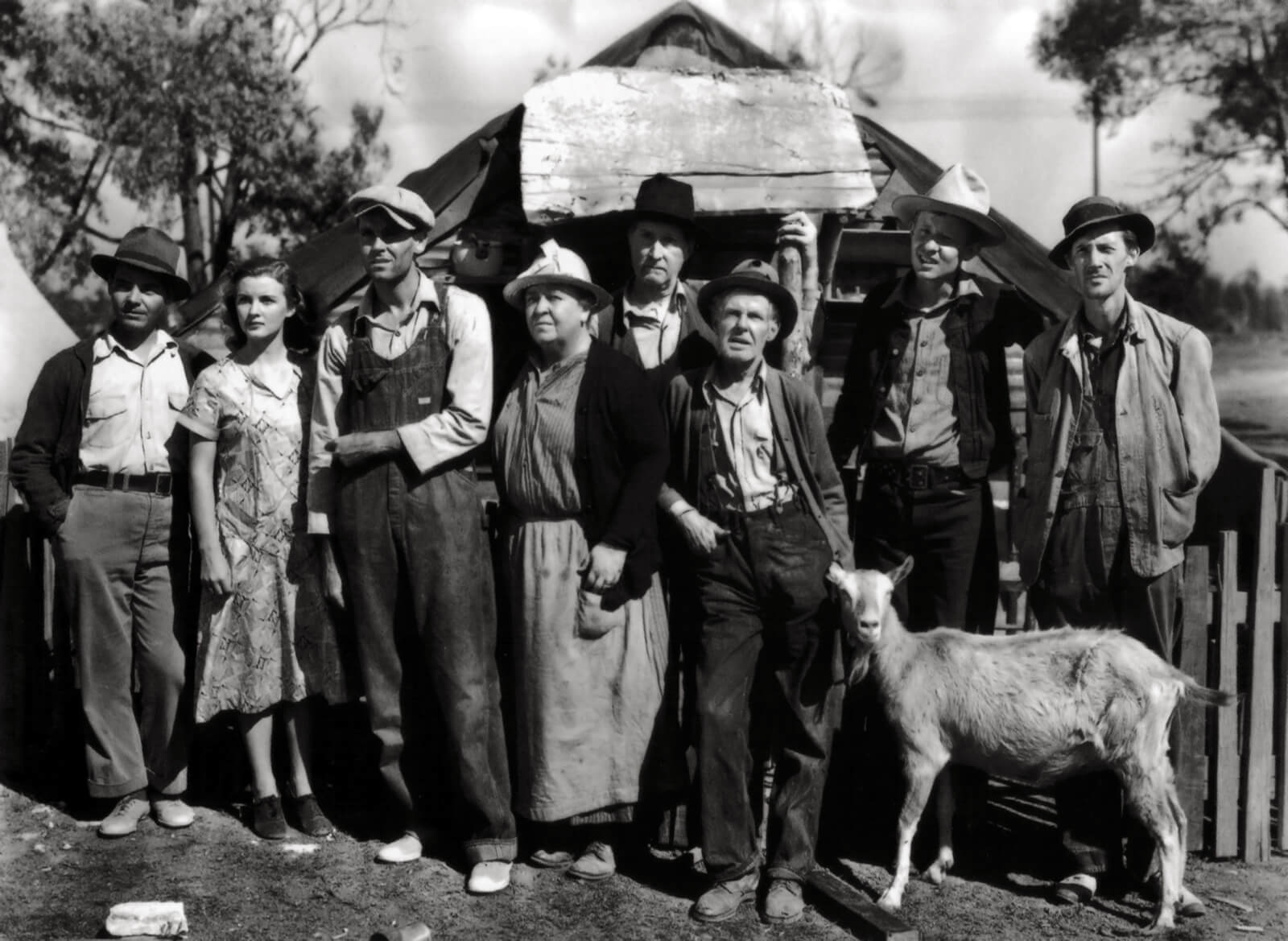 After the events of 9/11, there was an increase of interest in cinematic portrayals of the Western genre and rural areas of America. The Coen brothers, in particular, used the genre indirectly and directly during this period.  First, they challenged the landscape and expectations of it with No Country for Old Men (Coen, film).  The film takes place in the rural areas of West Texas, only going into the city of El Paso for violence to directly affect most of the characters.  However, the film focuses on three characters standing on three distinct sides of the ethical line of philosophy.  One character is seen as direct evil as the opposing character is a sheriff that is seen as nothing but good, confused by the violence occurring now in his region.  The third character played by Josh Brolin, is the center with good intention but not above stealing money that was only made available due to the violence from the original holders of it.  While I think the audience probably feels closer to the Brolin character, he is the character who is affected the most and punished severely for his actions.  There aren’t many shootouts or there also isn’t a  violent climactic showdown between characters in the film.  The climax of the film is really a conversation the sheriff has with another sheriff about the violence that has emerged in their region and how it eludes and confuses them.  It is a conversation on how they couldn’t predict such violence to their fellow man and wondering if it has always felt like this for other generations that were faced with similar challenges.  The climactic moment with the evil character is also a decline from the wife of Brolin’s character to leave such a thing as death in the hands of chance and only gives the evil character a choice to kill or not to kill.  Important to note, however, is that the focus of the scene is more on the inescapable reality that one chooses to act violently or to have mercy. The physical shootouts are no longer the centerpiece but the morality of what is good and evil are what carry the film. 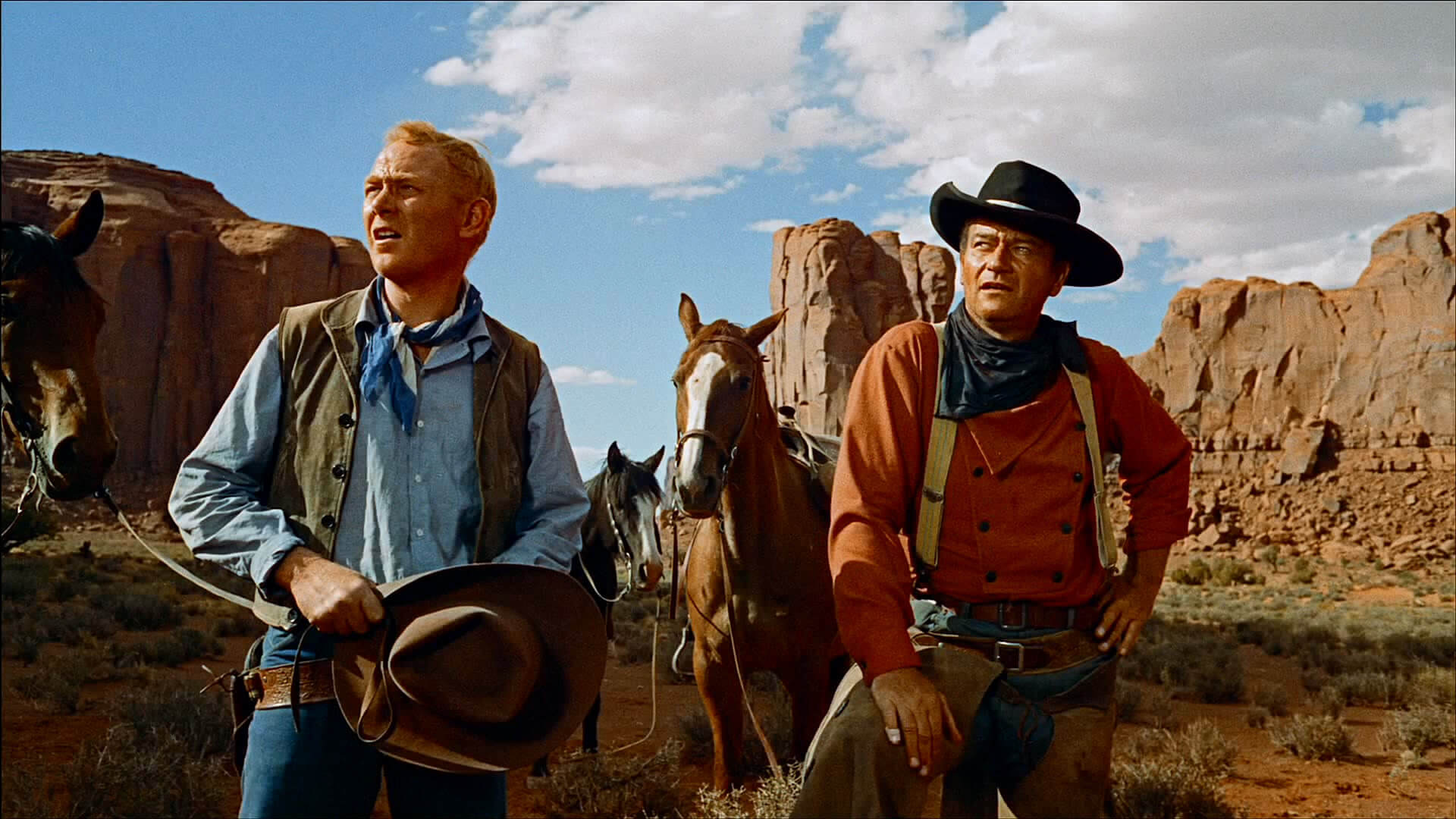 During this time, there was also no hiding in the influence to use the Western genre directly in remakes of older films.  The Coen’s would also attempt in taking on the Western genre directly with their version of True Grit (2010).  But the difference between the original film with John Wayne and the most recent version is the ethical questions being pushed to the foreground of the film.  The original film didn't have the lead character lose an arm after killing the man who shot her father.  The purpose to include now is the question the film is asking the audience as the child continues to search relentlessly for the assailant: Is she doing the right thing by joining a drunken Marshall in searching for this man?  How could she not be affected by what she sees on the journey or shooting another human?  The film does not hide from the questions the characters raise within the landscape, unlike the original film. 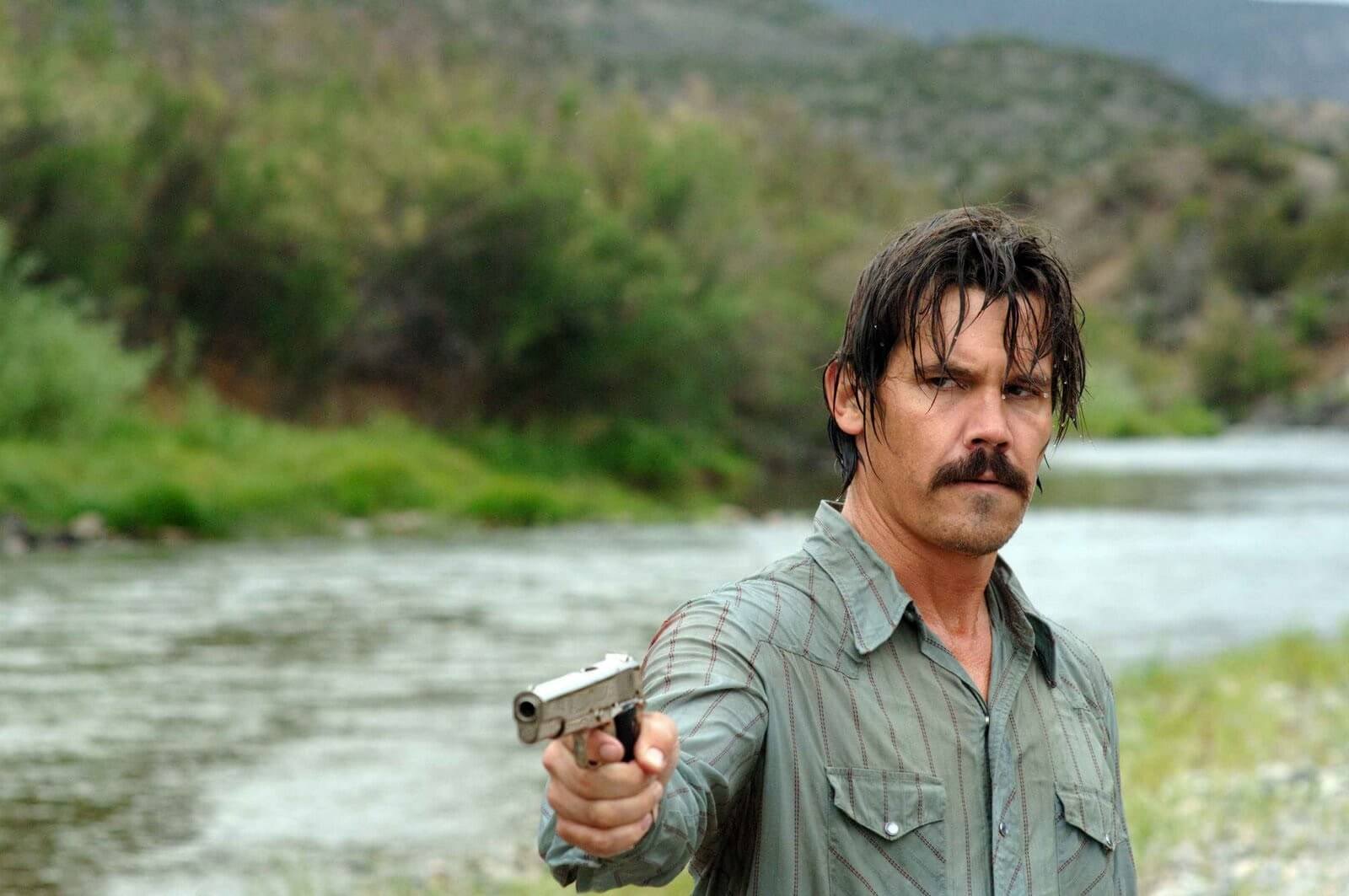 What the films in Post 9/11 America are considered upon their release are darker films of the Western genre. However, that dark influence is not from the cinematography—even though cinematographers do use shadows and candles the way Toland does with John Ford—but for the ethical choices that are placed in the center of the narrative.  These films have action within them but are no longer films that may have younger audience members fantasizing about the time period but, causing a reflection of what and who is really, good or evil?  In turn, the larger question is also on America itself: what is ethically acceptable?  Most of these recent films have a balance of characters within government positions or positions of authority and also undergoing moral dilemmas.  More films are currently are being set in rural America with the moral dilemmas being more complex than some counterpart films being set in the popular urban environment. Filmmakers have chosen to use the idea or location of what is considered the American ideal as a means to question the identity of the people and country in which these films take place in.  The interesting aspect is no matter how technologically advance we’ve become, rural America is still a setting in which we find to be reflective and critical of who we are and what we believe in. 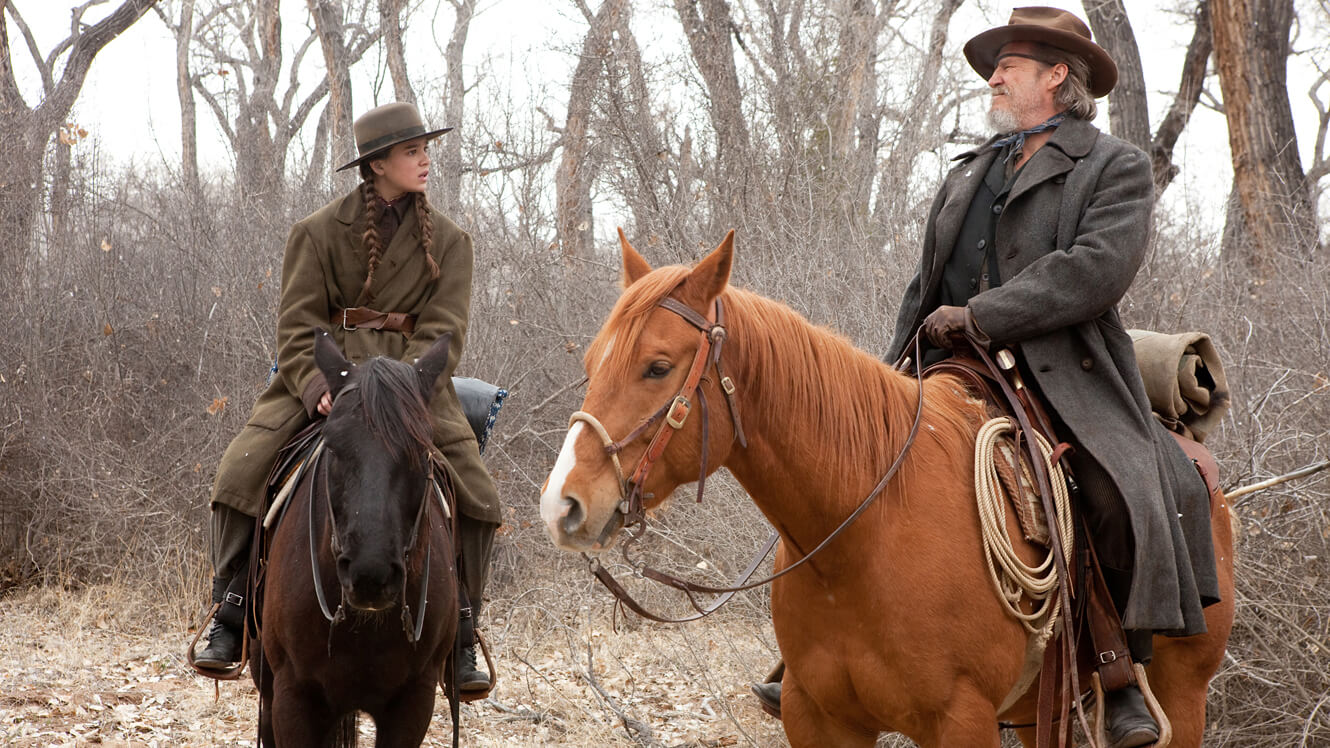