The Age of Shadows (South Korea)

Master of South Korean cinema Kim Jee-woon returns to the screen with a political thriller set in 1920’s Japanese occupied Korea that possesses all of Jee-woon’s signature cinematic traits. Multi-talented actor and all-time favourite of mine, Song Kang-ho, plays a Korean police captain tasked with weeding out the leaders of his country’s resistance movement. In doing so, he is inevitably forced to face the duality of securing a safe position with the Japanese government and betraying his own country. 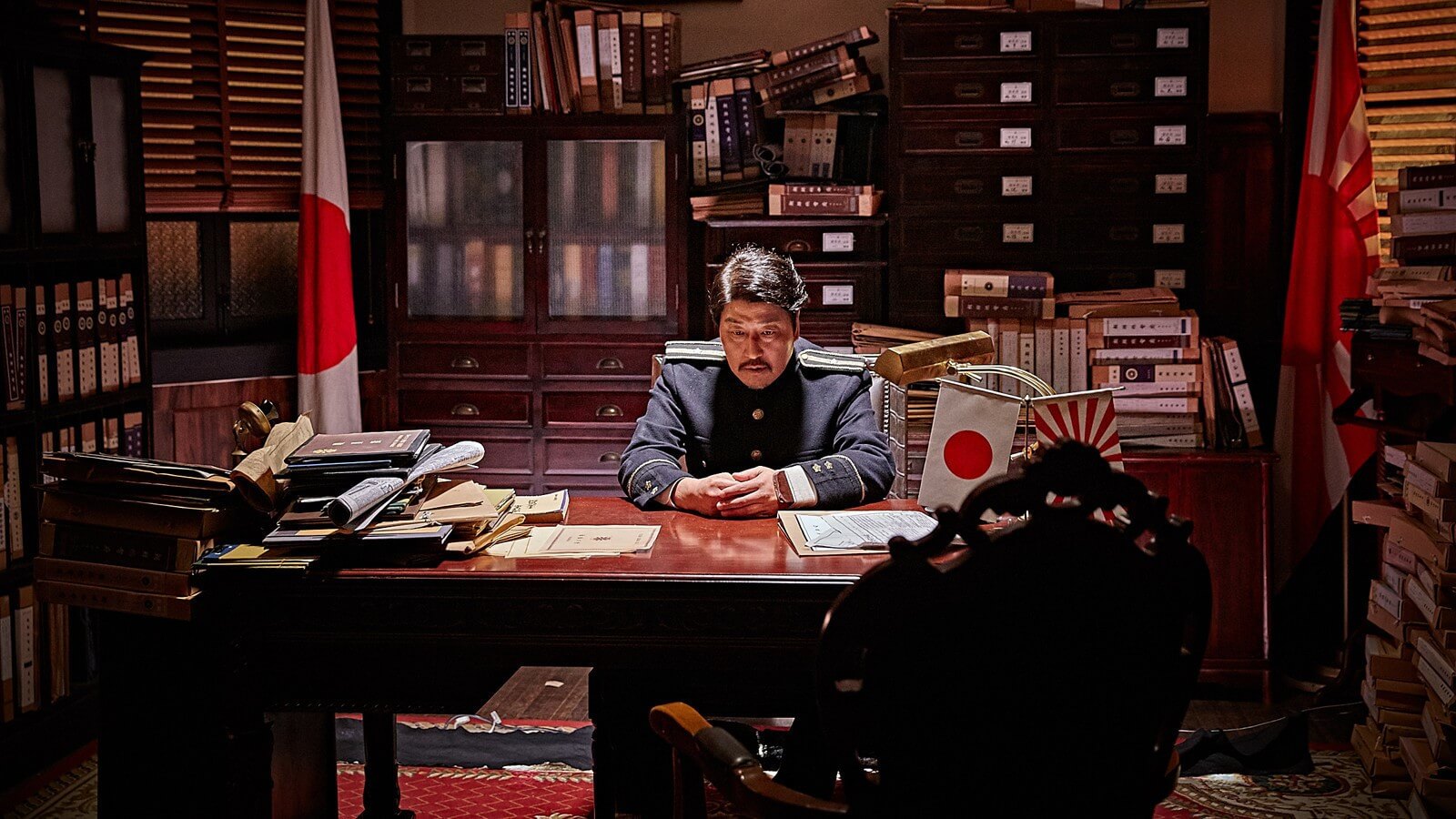 Famous for the morbidly beautiful A Tale of Two Sisters (2003), the gruesomely pulse-pounding I Saw the Devil (2010), and the futuristically thought provoking Heaven’s Creation (2012), Jee-woon’s attempt at creating a suspenseful cloak and dagger tale of espionage succeeds on all levels with special regards to cinematography, editing, and music. Jee-woon’s careful attention to color and framing immerse the viewer in shining shades of gold, black, and red that not only accentuates the war time production design, but paints the fast-paced and clear to the eye action choreography with splendid visuals. Meanwhile the convoluted cat and mouse storyline is complimented by a repetitive guitar string note, the dramatic revelations reach great heights with operatic orchestra, and the end credits finish off with an electronic beat that sounds cool just for the hell of it. Although its story of political and military subterfuge may tie itself in an inevitable knot with the amount of characters, motivations, and details, The Age of Shadows is a satisfyingly tense thriller that not only comments on honor and loyalty, but gives American action movies a run for their money.

What goes into the process of casting actors for this kind of film with such a bizarre subject matter?

Casting is really important for these kinds of movies because when the script is written the characters aren’t detailed too specifically. They’re just kind of very general like age, gender, and maybe a little bit of their social class. A lot of it is just going on the street, word of mouth, doing casting calls specifying no experience necessary, and some of my brother’s movies have actually starred people with zero acting experience. When we approach a person, we tell them generally what the movie’s about. During the actual filming, most of the actors aren’t given the full script once they’re selected. Little by little is better because if it’s too rehearsed, especially if they’re not professionally experienced actors, they start to create ideas about how it should be and they lose spontaneity.

How did the director approach the decision of whether or not to reveal too much or too little of the creature?

The first thing that comes to mind is that it’s very expensive for the special effects and it’s a pretty low budget movie, so that’s very important. If you want it to look good and have the creature on screen a lot, then you’re going to be stretching your dollars really thin. But it’s also a creative decision; I remember the creature’s very first scene at the beginning of the movie and how in the script, that part didn’t happen until much later. So, initially, in the first half of the movie, we didn’t have any idea of what this creature was, but in the final cut, it ended up being right there in the beginning to kind of take away that cheap thrill of not knowing. It makes it less traditional of a movie and more unconventionally challenging and we liked making that kind of film.

Were there any direct sources of inspiration for this kind of story?

People who have seen the film have cited other movies like Possession for a resemblance. That film’s director, Andrzej Zulawski, died last year and we actually have a dedication for him at the end of our movie. There are several dedications we have for people who were either collaborators or sources of inspiration to the director. As far as Lovecraft goes, my brother never had that in mind, but I saw the influences when I first read the script. Alan Moore’s Neonomicon was especially prevalent. Even if my brother didn’t read Lovecraft, there’s still a lot of imagery that has been around for a long time that other artists have referenced, either from Japanese culture or comic books. They’re references, either directly or indirectly.

What did your role as music supervisor entail?

Making sure the soundtrack was going in the right direction and achieved what feeling we wanted it to convey. The composer did the themes and anything you hear with an actual instrument in the score. Sound design was a very important part of the film. Some of my brother’s favourite movies are Eraserhead and other David Lynch films, so there’s always a reference for him whenever he’s working on sound.

Unbeknownst to the average pet-owner, the expansive and long-standing city of Istanbul is populated by hundreds of thousands of stray cats that are looked upon by the citizens with the utmost respect and consideration. As said on the film’s official site, for thousands of years the cats have roamed Istanbul, watched empires fall, and have “wandered in and out of people’s lives, becoming an essential part of the communities that make the city so rich.” The documentary, while covering a vast number of stray felines, focuses on the stories of seven cats and the impact they’ve had on individuals or communities. From the short hair Psikopat a.k.a. Psychopath who asserts social dominance and keeps a watchful “jealous housewife” eye on her timid husband, to the long-haired Aslan Parkas a.k.a. The Hunter who helped a local restaurant by hunting down mice and rats that would’ve otherwise been dangerously eradicated by poison. 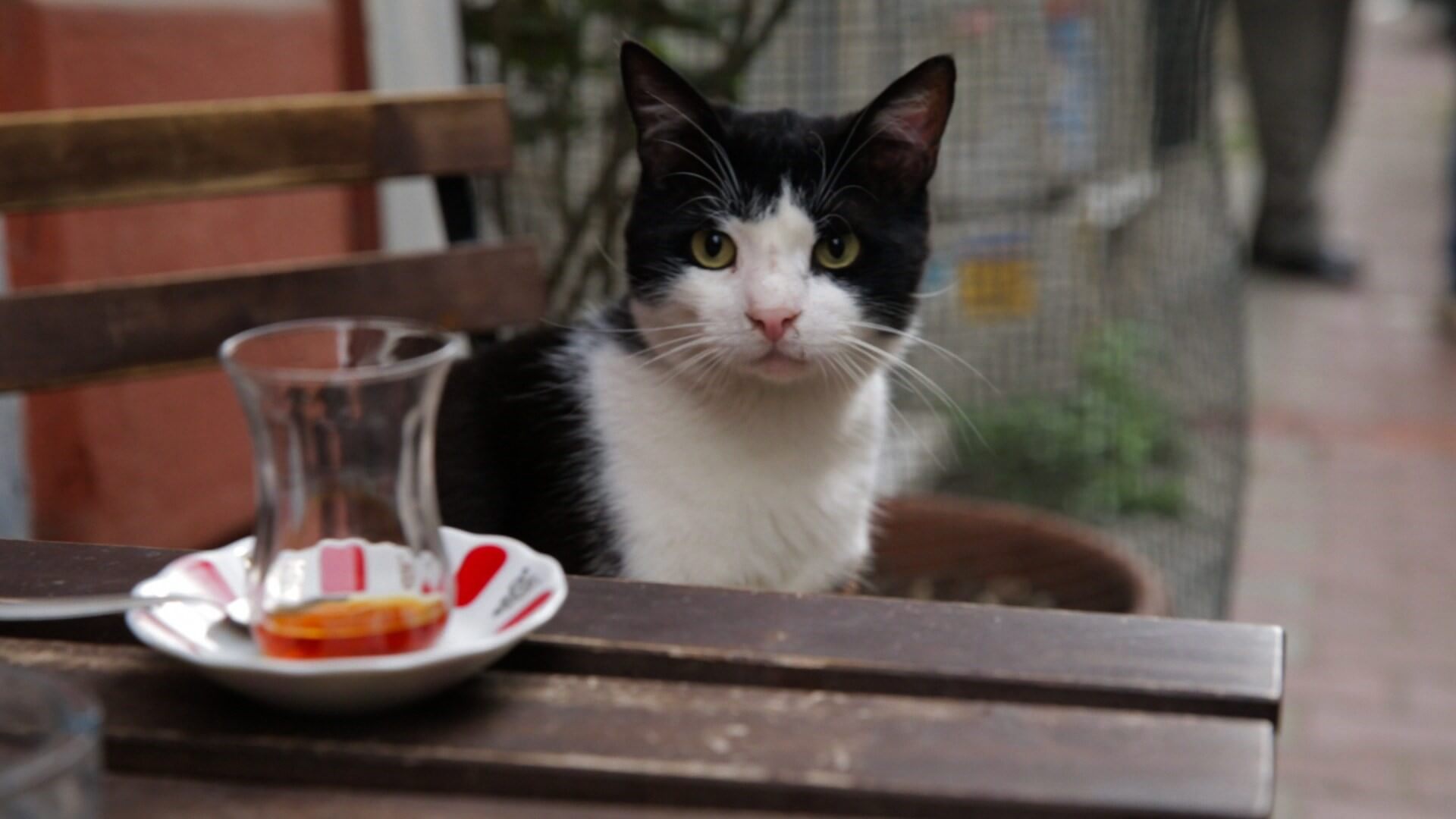 Director Ceyda Torun and cinematographer Charlie Wuppermann bring the audience directly into the cats’ world with remarkable “capturing the right moment” footage that shows just how unique and individualized the personalities of the cats truly are. Such footage was achieved simply by filming as much as possible every day resulting in hundreds of hours of content, most of which was unused yet will hopefully be featured on an eventual Blu-ray release, says Torun. Not only does their footage capture the cats’ charming stories complete with interviews of semi-caretakers, but it is the most beautiful and natural cinematography of the species one could ever hope to find. A close-up of a cat’s sleeping face only to open its eyes in slow motion on a big screen completely envelopes you in its distinguished gaze and deepens the feeling that these animals truly hold a spiritual connection to the city’s history.

Despite the feeling that the festival unsurprisingly caters to the business and notoriety demographic, Camera Store comes along and tears off those badges of importance by reminding the audience that what truly matters is dedication and perseverance to your craft and your passion. Set on Christmas Eve in 1994, two bitter aging camera store clerks find themselves trapped in their once joyful job, which was the opportunity to educate and sell to customers quality picture cameras and the variety of accessories that enhance their beauty. But has now been reduced to a tax write-off for their inconsiderate boss who forces them to only sell camera film and to never sell more than what is needed for profit. I refer to this film as the Clerks (1994) of 2016; a film that is darkly hilarious yet sweetly depressing all at once with an ensemble cast who shine masterfully in each of their roles. 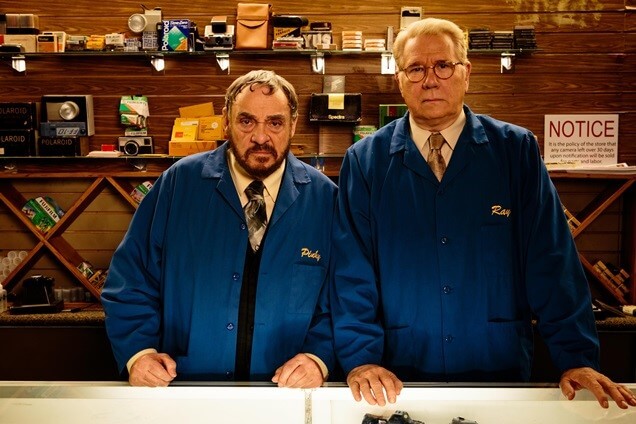 One incredible performance of note comes from veteran actor John Rhys-Davies as he pleads with his camera store colleague and best friend to let him sell a camera to an eager and honest customer. Despite their restriction to only sell film, Davies begs in full emotional sincerity to let him make one camera sale, not because he wants to but needs to. He’s not just making a sale, he’s trying to recapture the feeling of being a salesman and making someone happy. Probably the most depressing holiday movie one could watch, as forewarned by writer/director Scott Marshall Smith during the screening, it’s certainly a film that leaves you loving and hating the events and characters all at once, which shows just how richly complex the story is. Despite the hope that the film will eventually get theater distribution, Smith ironically explains that there’s a higher chance of a Netflix listing for his film about the digital age sadly replacing the permanence of film as well as the disappearance of small yet passionate businesses.

Land of Mine (Denmark)

Taking place after the surrender of Germany in May 1945, 14 young boys drafted during the final days of the war, reminiscent of Bernhard Wicki’s The Bridge (1959), are tasked with disarming 45,000 mines hidden under the beaches of Denmark before they can be sent home. A simple premise based on actual events during the aftermath of World War 2, makes for one of the most powerfully cinematic and skull rattlingly suspenseful movies I have ever seen. With almost no score and precisely careful attention to sound design, you are constantly hoping for the best yet anticipating the worst as you watch these boys slowly crawl across the beach, prodding at the sand with metal pokers, hoping each mine will bring them one step closer to home. However, each audible clunk under the sand also spells potential disaster as the boys nervously disarm each mine. The tiniest shake of a hand or sound of metal is enough to get your heart racing and stopping all at once. In addition to the fact that the mere concept of an entire patch of land being filled with hidden mines keeps you on edge throughout the film even when the boys are far away from the danger zone. 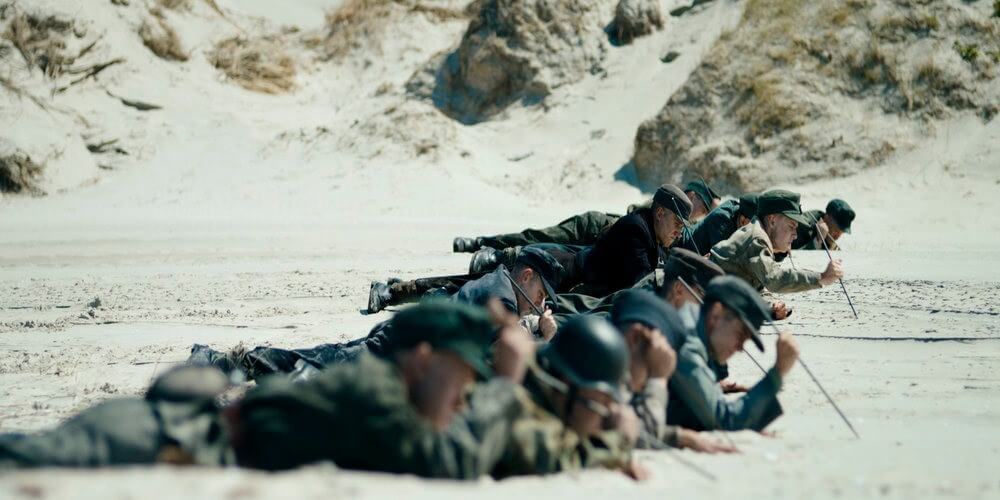 The film is a harsh coming of age of tale as we see the youth and innocence of their characters crumble under stress, malnourishment, and terrified madness. All of which is increased tenfold by their Danish sergeant who harshly oversees their task and brutally reminds them that German lives are now meaningless. Despite the difficulty in remembering each and every name and face, you still share in their fears and hopes as they forcibly grow through the nightmarish ordeal. Whether or not they all succeed in their task can only be seen for yourself. Land of Mine is not only one of the best movies of 2016 I’ve seen but is also one of the scariest movies of all time. With pinpoint cinematography capturing the intensity of the boys’ fears and sound design that keeps your heart on edge and your hands nervously over your ears, Land of Mine is truly terrifying in its execution and it will be an awful surprise if it doesn’t win Best Foreign Language Film at the Oscars this year.