Godzilla is indeed back. However, considering how many times Godzilla has actually appeared onscreen since his first iteration back in 1954, it actually might be more appropriate to say ‘Godzilla again’ as he has never really gone away.

Godzilla, or Gojira, is of Japanese origin and he derives his name from the Japanese words gorira, for gorilla, and kajira, for whale. Godzilla has most recently graced the silver screen with his presence in 2014 when Legendary Pictures partnered with Warner Bros to put an American spin on this classic movie monster. Sequels are projected for 2018 and 2020. Inspired by the success of the 2014 American reboot, Toho Studios—the Japanese production company where Gojira was first conceptualized—will be releasing its own revamp of the franchise later this year entitled Godzilla Resurgence. The two Godzillas will, however, occupy mutually exclusive cinematic universes. Though the 2014 American Godzilla is the largest yet iteration of this gorilla-whale, it is reported that Godzilla Resurgence [2016] will feature an even bigger behemoth. (You can consult your preferred Freudian reference books and interpret this however you’d like.) For a little more about Godzilla, you can read about the franchise and some of its movie posters in our movie posters section.

Point is, Godzilla’s back for another round of shenanigans and if you’re curious to know a little more about him, below you can find a helpful infographic detailing the major highlights from his 60-year-30-some-odd-films-and-counting run in showbiz. 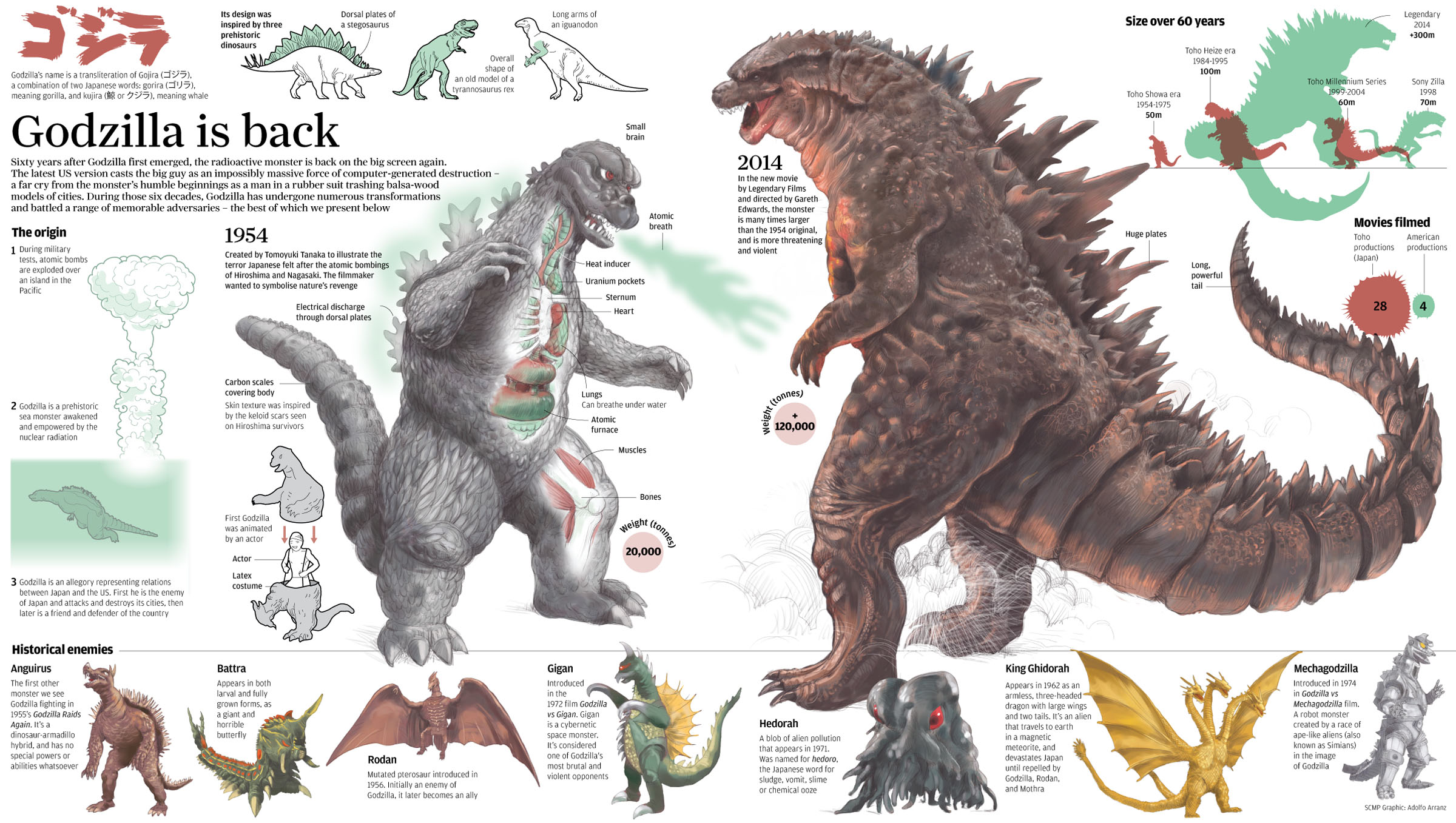