The Call Up – Interview with Film Director Charles Barker 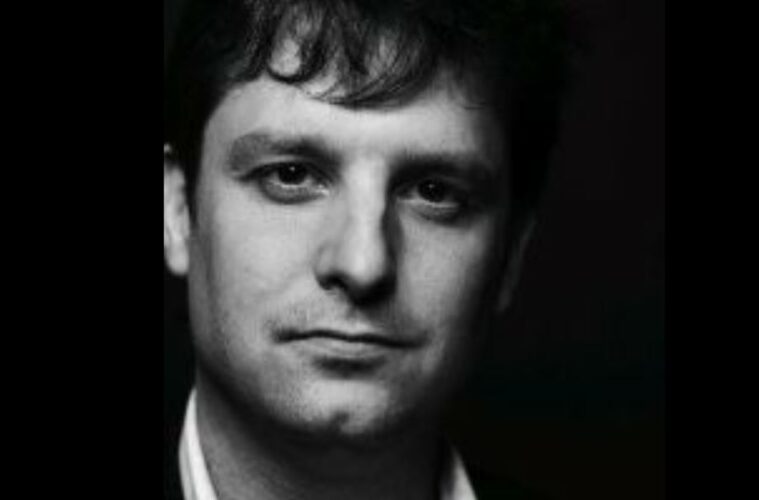 The Call Up is the first feature film of writer-director Charles Barker and it’s a pretty great debut if you ask me. The film is a low-budget, sci-fi/thriller that follows a group of gamers trapped in a virtual reality where they must beat the game in order to survive. It’s a fairly simple premise, but Barker manages to create a surreal backdrop and palpable tension, leaving you fully immersed in the gaming world. Instead of subverting precedent tropes, The Call Up embraces them - using them to the story’s advantage. We’ve certainly seen this story before, however, it shouldn’t be credited as a derivative piece of work. Charles Barker was happy to take time out of his schedule to do a Q&A with me.

What inspired this concept and how was the idea developed? Are you a gamer?

Very much so, although I have kids now which tends to curtail my gaming time. Playing COD into the early hours I’d start to think that if this were real I’d be some super soldier, taking on all comers. Then I wondered what I’d actually be like in a combat situation, with my life really at stake. I’d probably be rubbish. I’d be rocking back and forth in a corner, praying for it to stop. The Call Up is about that gap between what a gamer thinks they’d be like and what they’d really be like when put to the test. I started to think about how someone would devise a VR/AR game like this and came up with helmets and suits that could give this amazing, life-like, immersive experience that would also be a deadly trap.

What was the most challenging in shooting this film? [I think you did a great job of portraying what was real and what was virtual with the use of the helmets - that was very clever. I also thought the portrayal of both worlds was interesting with the juxtaposition of a very sterile environment and to one that was dark, gritty.]

I think the most challenging part of the shoot was the schedule. The main location was this floor of an office building where we built our sterile office world set and shot everything with the helmet’s visor raised.

Then we redressed this floor as the gritty war zone and shot all of the visor down game world stuff. This made the shooting process very fragmented as sometimes a visor would be raised and lowered several times within the same scene. But, in the schedule, these were shot weeks apart. This meant we had to plan every rise and drop of the visor meticulously so the action would feel seamless. Of course, the fragmented nature of this shoot was also a challenge for the actors – but they took it all in their stride.

With such a small budget, how were you able to create full immersion into the virtual reality? Were there a lot of different sets involved and was there VFX?

The main place where CGI was used was in the initial transformation sequence, where the post house did a brilliant job. This helped sell the rest of the film’s practical look as CGI.

The majority of the computer generated game world was, in fact, a practical set build. On a limited budget, you have to be selective. The dystopian war zone seen out of the windows was, of course, CGI and we had CGI moments throughout to remind the audience that this world was computer generated. I liked the idea that the graphics in this game were so amazing they looked real. And, psychologically, the world of the game becomes more real than life to the players. Also, by setting the story in a skyscraper we could redress the same floor over and over again so creating the illusion that our gamers were descending through the floors and thus give a sense of scale on a budget.

What genre would you classify this film as? While there’s definitely some sci-fi thriller elements, the film also very much fits the formula of a slasher flick and even includes a “final girl”.

Yes, I think that’s a good summation of the film. I love sci-fi, particularly the idea of what’s possible in the near future and I’m also a big horror fan. I admire directors like Cronenberg who manage to successfully merge the two. In regards to the ‘final girl’ I wanted to show that this type of game wouldn’t just be about physicality but strategy and psychology.

The film also seems to act as like a social commentary on technological advancement. The level of technology today is unprecedented and a game, such as the one depicted in the film, is not a far-fetched concept anymore.

To be honest I started writing this over five years ago (the original script won the Brit list back in 2011). It’s been amazing watching technology catch up with what at the time was a concept. But let’s hope that a game that kills you is a little way off!

With the increasing use of missiles, drones, remote tanks and sea craft, technology is taking the human being more and more out of the battlefield and away from any personal risk to themselves in combat. I wanted to draw attention to this by flipping this state of affairs so that the human operator is at the mercy of the technology.

Are there any cliches you tried to avoid?

In some respects, I deliberately embraced the tropes of gaming and war films. I wanted the game within the film to feel like a recognizable FPS. And I really enjoyed playing with the conventions of COD and the like. As in any good war film, there had to be the guy who sacrifices his life for his comrade and the guy who loses the plot. But hopefully, the characters who fulfill these roles will come as a surprise.

The score is the first thing I noticed when the movie started. It's amazing and very 2010’s Tron-esque. Did you have input as to how it would sound?

Tom Raybould - the composer - was fantastic. I wanted a future retro feel and he delivered this brilliantly. I remember watching the film in the edit this one time with his alone music – no other sounds or dialogue – and it was amazing how it highlighted the tension and the emotional beats and brought the visual imagery alive.

I really loved initial suit up and transformation sequence, where the players are rendered into the game world. Working with the amazing post production guys at Bait in creating this was a real pleasure. This sequence / scene is probably my favorite one.

I’d love to do a big budget Westworld version of The Call Up. It would be great to elevate this so it goes wrong in a theme-park type way. With different recognizable game worlds:  alien planets, fantasy Lord of the Rings type ones, Post- apocalyptic, historical adventure (Assassin’s Creed). It would be amazing.

I’ve been busy writing my latest screenplay which has also got military and sci-fi themes – plus a good dash of body horror.

The Call Up is now available for digital purchase on iTunes and Google Play.