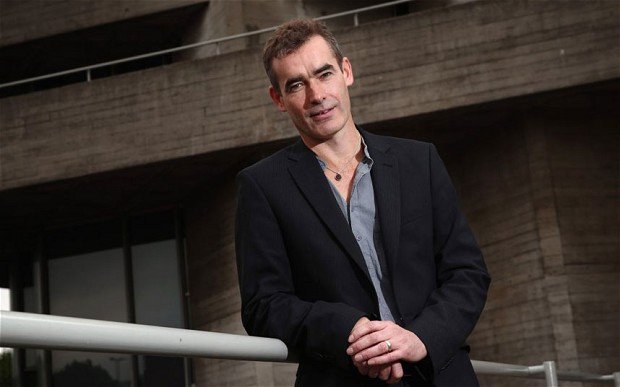 After debuting the stage version of London Road for England's National Theatre, Director Rufus Norris decided to use the same material and adapt it for the big screen. The story, which deals with the impact of a serial killer on a small English town, is half musical, half reenactment, and all original. I had a chance to talk with Norris about the journey from stage to screen and how making a film is different from directing a stage play.

When did the idea of translating the stage play of London Road into a film first occur?

If you’re lucky as a director a couple of times in your career you get the chance to work on something that is completely unique. London Road was exactly that for me. I knew it very early on and so as soon as we opened the show, I started to think about whether it could have another life in a different medium. During a conversation with the producer, David Sabel perhaps 2 weeks after opening, we looked at each other with the same thought and the idea was born.

What are some of the unique challenges of adapting a play that you directed for the screen?

Adaptation is only successful if you adapt in a way that suits the medium, in this case, film. In the play, there’s a cast of 11, 5 sofas and some police tape. In the film, there’s a cast of 75, hundreds of locations, and tonnes of police tape! The main challenge was in finding the road itself and making that the central character in the story.

Did making the film of London Road change your thoughts and/or feelings about the stage play after the fact?

No. They felt like very separate entities though if I were to direct the play again I might change that prognosis…

What lessons did you learn while directing the stage play that informed your direction of the film?

That this is a story about a community that heals itself. In film, we’re used to seeing one or two people leading the story, but it was essential that we didn’t lose this communal heart of the piece in adaptation.

Do you feel that one medium (stage or film) was better situated to tell the story of London Road than the other? Why?

They are wildly different. In the theatre, it was compelling to watch actors perform that ferociously difficult musical material live. But in the cinema, it felt utterly original in a totally refreshing way; and of course, you can get inside the characters heads in a way that is unique to cinema.

What plays and films inspired the musical scenes in London Road?

Dancer in the Dark (Lars von Trier) was an interesting contemporary inspiration but also some older stuff: The Music Man; 8 ½ (Fellini); there were loads of them from all sorts of genres.

Very different – any choreography on stage was incredible minimal and principally about focusing the eye of the audience. In the film, we had far more people and it felt a more integral heightening of the drama.

Do you prefer to direct musicals or traditional dramas/comedies?

I don’t have a preference; it’s all to do with the individual piece and what the writer is trying to say. As a rule, I am most attracted to the things that I don’t know how to do.

Going forward, do you want to focus on film or stage directing, or split your time evenly? Which do you prefer?

Before I applied for the position I am in now, I felt the direction I was moving towards was a focus on film but, quite rightly, my partner asked me: what film can you see yourself directing over the next 10 years that would surpass being Artistic Director of the National Theatre and make you feel okay that you never applied for the job. So, at the moment, the focus is very much on the stage.

With an infinite budget and unlimited resources, what project would you tackle?

I don’t think either of those things enhances creativity in any way. Having said that I would love to make an ambitious large-scale piece with a brilliant writer that had no words.

Lastly, what are you working on now?

Being Artistic Director of the National Theatre is currently keeping me thoroughly occupied. Part of the job means directing a couple of shows a year here so I will be working on a new project or two for next year.

London Road will be initially released by BBC Worldwide North America exclusively in NY on Sept 9th, will open in LA on Sept 16th and be available to regional markets through September into October.