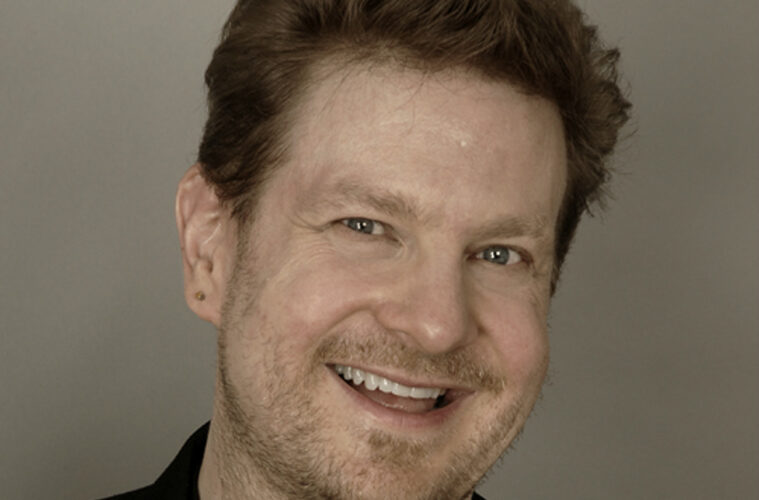 Writer/Director Tim Bartell makes some noise with his directorial debut Dirty Beautiful, a captivating romantic dramedy that follows aspiring writer David as he bites off more than he can chew when he makes Kat, a full-time drifter and part-time prostitute, his girlfriend. The film is sharply written and brilliantly acted making this unconventional love story a fresh take on the tired trope of boy meets girl. I was fortunate enough to shoot over some questions to Bartell after his film premiered at Cinequest.

Pretty basic first question, what made you want to jump into the film business?

I’ve always loved TV and Film. Growing up in a sleepy town in Wisconsin, I was already imagining stories I wanted to tell. And then I get into performing in high school. Plays, comedy. So when I moved to L.A. at the age of 18, I started off as an actor. I would first become a huge film star and then gradually move into writing and directing. It goes without saying the big film star part never quite happened. But I don’t regret my acting days. I think that background makes me a better director with actors. I pride myself on writing and directing the kind of works that actors love to be in. Parts they can really sink their teeth into.

With this being your first feature film as both writer and director, what was the most difficult part about transitioning from short films?

The endurance the feature required. I did an eight part web-series in 2008 called Fun With War Crimes. A send-up of the Bush administration. That whole project, from inception to completion, took just over a year. And that felt long. With Dirty Beautiful, the process was about four years. Now, of course, that’s everything: Writing, raising the money, shooting, reshoots… raising more money, a grueling post-production. I want to have more money to do my next feature, delegate more, makes the process move faster. Four years seem like a reasonable amount of time if you’re making, say, Lawrence of Arabia… or Avatar. I’d like to make a lot more films so I need the turnaround time to be a little quicker.

What was the most important lesson you learned from your smaller works that you brought with to Dirty Beautiful?

The pace you have to move at when you’re shooting. And time management. As a director, you would love to luxuriate in the process. Do a ton of set-ups, experiment with each scene. But on most films, even big ones, the clock is ticking from the moment everyone arrives on set. Take too long in one scene, you may have to rush another. Take too little time, you’ll regret it when you’re editing and realize how few choices you have on that scene. It’s like being a painter. Only in filmmaking, you’re setting your easel up on a race track. And you’re trying to finish the painting before galloping horses stampede you. Doing shorts helped prepare me for that process a little. But it’s still an art I’m working on.

How long did it take you to film Dirty Beautiful? Did production run smoothly?

The actual filming of Dirty Beautiful was seventeen days. An original twelve-day shoot and later five days spread out over months where we did reshoots and some new scenes. The final three days were the hardest. The production was running out of dollars. We had a crew half the size of our original shoot. I was directing and line-producing as well, getting by on three or four hours sleep a night. But hey, we did it!

How did you decide on your cast and crew? Were these people you’ve had your eye to work with from the start?

Most of the crew on Dirty Beautiful, I had never worked with before.

With the cast, there’s a couple scenes in the film with a number of actors I’ve worked with before. But the rest of the cast was all new talent for me. Our casting director was Jami Rudofsky, who used to do casting on Gilmore Girls. She brought in a ton of actors for me to see. Eventually, Ricky Mabe (Zack and Miri Make a Porno) and Jordan Monaghan (True Blood) were my choices for the leads. Somebody once told me, “Every production needs a little luck.” I got very lucky when I found Ricky and Jordan. Not only because they’re terrific actors but because they showed such tremendous dedication to my little indie.

I read an interview you did with Popcorn & Vodka that the idea for this film came from an actual experience you had with a young hitchhiking woman. Did you write the character David as an alternate version of yourself or did you create him as his own person?

For the longest time, the thought of telling a story about a guy who brings home this drifter woman to live with him would float through my mind. But I would always reject it. The woman hitchhiker character, I could totally get. She’s homeless, the guy giving her a ride seems nice, safe. She feels she could manipulate him a little. So I got her. But I was always stuck on what kind of guy brings this stranger home to live with him? I didn’t do that. I wouldn’t! And the kind of guy I could imagine bringing her home felt totally alien to me. I couldn’t get past that.

And then one day as I was searching for a good low budget idea, I had a bit of a revelation. OK, yes… I didn’t bring the homeless hitchhiker home to live with me. But back then when I was younger and much more alone, wasn’t I just a bit tempted? She was attractive, I was lonely. And when I started admitting to myself how desperate I sometimes was in my 20’s, I knew there could be so much of me in that guy. That allowed the film to be born. So yes, there’s actually a ton of me in David. And a lot of many women that I’ve known in Kat, the woman he meets. Though I changed the hitchhiking to something that allowed Kat, a raw force of nature, to make a more dramatic entrance into David’s life.

The movie is very well balanced in that never tips into a full-blown comedy or drama. What is the key to maintaining that balance?

I’d love to say it just happened that way. But some of that balance wasn’t there originally. After the first cut of the film, I wasn’t happy. The film seemed to drag in places and the energy just wasn’t right. One of the comments I got from a friend was that he liked both the comedy and the drama in the film. But he particularly liked how the comedy often came from unexpected sources. So I rewrote the movie a little and we eventually shot several new scenes, a number of them comedic and kind of off center. When we added that material into the next cut, not only was the comedy-drama balance better but the film’s energy really picked up.

If you could go back and change one thing about the film, what would it be?

It’s a perfect film! What are you talking about? OK, I wouldn’t mind having more exterior shots in the film. We shot a lot in David and Kat’s apartment. And there are definite points in the story where I wanted a certain visual claustrophobia to match what the character’s are feeling. But in this second shoot, I alluded to, we got more exterior locations. The beach, a park, a parade. And it really helped open the film up. If I could do it all over again, I might have gotten even more of that. Of course, that might have meant more time and money, which is always the trick in filmmaking.

Explain to us what you want your audience to take away from the film; what universal truths, if any, do you want to convey?

That’s an interesting question. I definitely don’t think of a lot of universals when I’m writing or directing. I like that the film is open to a lot of interpretations. But yeah, I guess certain themes do go through the story. I think one of them is the basic need to be with someone. Even if that someone might be wrong for you in so many ways. It’s why I refer to my film as a dysfunctional love story. Though since you mentioned it when we World Premiered at Cinequest, they wrote this about Dirty Beautiful: “Director Tim Bartell’s debut feature depicts an unusual modern relationship with the universal truth that, sometimes, we are most drawn to the imperfections we see in others.” And that is definitely in the story. So maybe the film has some universal truths after all.

What is your favorite scene in the film and why?

I love the scene when Kat first throws out the idea that David takes her home and make her his instant girlfriend. It seems such a broad idea. But as the two discuss it, there’s a certain crazy logic to it. I love to watch how Kat talks her way into David’s life.

I also love their Valentine’s rooftop picnic. One of my producer’s wanted me to cut it before we shot it because we were on such a tight schedule. And I’m so glad I vetoed that. In a love story that’s filled with a fair amount of turmoil, it has to be the film’s sweetest scene.

With Dirty Beautiful being somewhat influenced by your own personal experiences, did you have any outside influences (a specific filmmaker, film, etc.) on this piece?

I was pretty focused on telling a very personal story. But I am an admirer of Woody Allen’s films, especially from the 70’s & the 80's. There’s probably a little of that early Allen influence in there.

Which do you enjoy more: writing or directing?

Writing. I especially like to write late at night. Alone, with no phone ringing or texts. I like the quiet of it. Honing a scene until it feels just right.

But I don’t think I’d be happy as a writer without directing. Turning my passion projects over to somebody else would feel like giving birth and then giving the child up, not raising it on my own. And as much as I like that writer’s quiet, after a long process of writing and rewriting, I’m starting to feel a little lonely. And the allure of getting out into the world with a project: Finding money, collaborating, the adrenaline of directing… especially casting and directing actors… all that feels so great after all those months alone in my office.

I’d make the world’s longest, multi-leveled and most intimate epic.

A lot of my time still goes into shepparding Dirty Beautiful through the festival circuit and distribution waters. But I am in the early process of starting on a new feature. Going through the ocean of notes and ideas I’ve collected for it, doing research. I can’t reveal much at this point. Except to say a very offbeat kind of love will again be at play in a story of mine.