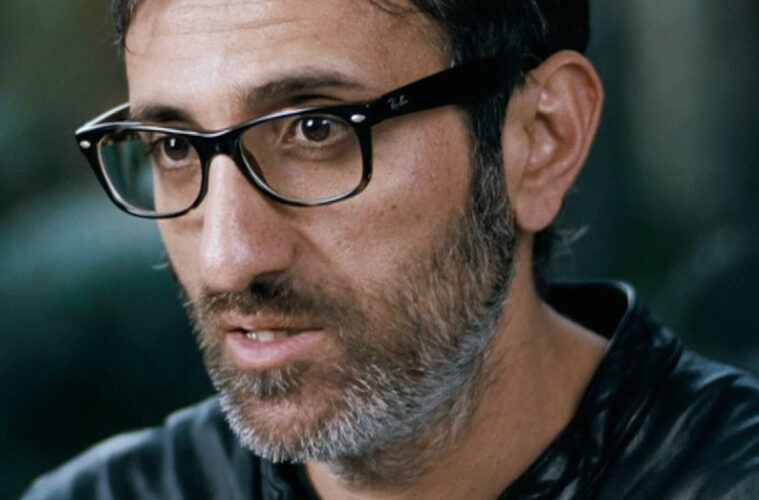 Somewhere Beautiful is an ambitious tale of two intertwining stories. The first takes place in the wilds of Argentina and involves a love triangle story during a photo shoot of the beautiful landscapes. The second story that we see throughout the film is a tale of a doomed marriage set in Los Angeles. We asked Director Albert Kodagolian about his film and some of the challenges he faced on the set.

The line about what explorers did with their boats after they arrived on a new land may be one of the most symbolic and vivid pieces of dialogue I’ve heard in a long time. How much would you say this conversation is the central theme of the film?
In many ways, this conversation embodies the spirit of the film both in terms of how and, more importantly, why we chose to tell this story. The emotional journey of the film primarily centers around loss and our need to gracefully move on. This particular piece of dialogue was something Richard Speight and I improvised at the end of a take, where I forgot to cut the camera, and continued talking about Einstein, and then Richard succinctly spoke about explorers; about how they burn their boats so they can’t go back. From the beginning, my goal and approach to this film were to assemble a group of artist friends and give them the space to create and sculpt in real time, and it’s humbling that the experiment worked and resulted in scenes that resonate.

I saw in the credits that the film is inspired by the film Calendar. What other films did you look to as influence when making Somewhere Beautiful?
As a practice, I normally don’t watch other films when making my own. However, my early influences were the films of Milos Forman and Krzysztof Kieślowski, and in film school, I fell in love with the works of Terrence Malick and Gus Van Sant. In essence, my style is a mixture of eastern and western aesthetics.  Sophia Coppola and Noah Baumbach are two contemporary filmmakers who exercise restraint and I find them super inspiring.

Which of the two stories did you enjoy directing more, the Argentinian love triangle story or the Los Angeles-based doomed relationship?
Both continents presented their challenges and rewards in equal measure. Patagonia is awe in spring. You are always in a revolving dance with the powerful and sublime forces of nature. At the same time, I loved the freedom and ease of filming with 16mm cameras with a minimal script and a large desire to capture poetry so readily available when you embrace what’s right in front of you. Los Angeles in the winter is magical in its own way; the way the sun sits so close to the horizon. Here we were working with 35mm Panavision cameras and lenses with a tiny crew of 8 people. In a way making a minimalistic memoir with the most formal of formats.

You were involved in almost every facet of this film. Writing, directing, cinematography and even acting in one of the main roles. Which of those titles caused the most challenges on set?Switching from a left minded critical mindset that is required for directing to a right-minded ever-present state of mind that acting requires was the biggest challenge and a great learning experience.

If you were had an infinite budget, what would be your fantasy project?
A few fantasy projects that come to mind would be the rivalry between Thomas Edison and Nikola Tesla, preferably with Tesla portrayed by Daniel Day-Lewis, and the other would be Vivaldi during the making of his “Four Seasons.”

What are you currently working on?
I’m currently working on “Seven Principles,” a photography project that I started in Hawaii and completed in Iceland. In terms of films, there are two scripts that we have developed called “Unfurnished” and “La Violencia” that we are looking to produce.

Somewhere Beautiful will start screening at the Los Feliz Cinema in LA, California from the 21st of April.