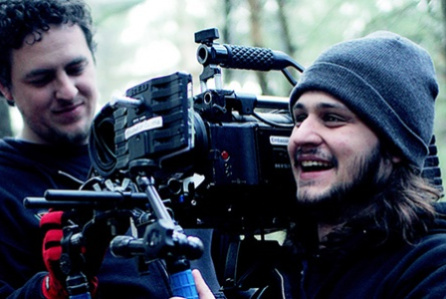 The Mind’s Eye is the latest film from writer-director Joe Begos. The film follows a young man with telekinetic abilities as he evades a maniacal doctor trying to steal his powers. The script isn’t anything we haven’t seen before, but what it lacks in originality, it makes up for with exploding heads and a bangin’ synth score to match its high energy pacing. The Mind’s Eye is easily one of the most entertaining films of 2016, giving unrelenting nods to its predecessors and splattering blood on your walls while doing so. Begos was free to answer a few questions regarding his newest film, which is out now on iTunes and select VOD platforms.

Critics have referred to this film as a mix of Brian De Palma’s The Fury (1978) and David Cronenberg’s Scanners (1981). However, I got some Death Wish (1974) vibes from your movie. Is it safe to say those were your influences or did this film come from somewhere entirely different?

Yeah, definitely. There’s also an element of First Blood in there, and I started with a couple of really cool set pieces I wanted to do and started building it from there.

Why set the film in the 90’s rather than in the present? It would’ve been interesting to see how Dr. Slovak utilized modern technology for his experiments.

I thought it gave the movie slightly more a timeless feel, and all sorts of modern technology will begin to weigh on the budget!

How did you manage to remain tonally consistent when dealing with multiple genres? I mean this film is sci-fi, horror, action, there’s some comedy and even a romantic subplot. There’s also a point where the film goes from rescue mission to a revenge thriller so there is certainly a lot going on here.

I think the key is to just keep the movie grounded in reality and serious as death. I didn’t want to be winking at the audiences, I don’t like when movies do that.

Going off my previous question, I think a lot of what kept the film consistent is Steve Moore’s score. The film is very fast paced and the synth matches that franticness while remaining entirely eerie. How did you get him on board? Did you have any input as to what the film would sound like or did you just let him do his thing?

I just contacted Steve out of the blue. I was a huge fan of some of his previous scores and I thought he was the perfect fit for this movie. Thankfully he was a fan of my previous movie and was into the concept. We had a temp score in place that gave the general direction of the music, and we had some conversations, and I let Steve go off and do his thing. From there, we sculpted it. I really think it elevates the film, I love it.

I’ve been dying to know how you pulled off the exploding heads in the film. Your splatter game was so on point, I loved every blood soaked scene.

We blew them up for real! Explosives, Shotguns, you name it. No other way to make it look good.

What is your favorite scene in the film? What was the most difficult scene to film?

There're a few scenes that I think turned out really close to what I was going for, but the one I think that may be my favorite is the entire 2nd floor home invasion sequence. It’s an escalating cross cut between a hand to hand battle in a tiny bathroom and a telekinetic attack outside in the hallway, both building, and building to an explosive finish. I think it works really well, the effects all work, and the payoff is satisfying.

What is your favorite horror movie that has released within the last three years and why?

That’s a tough one. I’m a huge fan of The Neon Demon which just came out a couple months ago. It Follows is great, as is the Maniac remake.

With an infinite budget and unlimited resources, what project would you tackle next?

A giant time travel movie or a werewolf movie.

Lastly, what are you working on now? With this film and Almost Human being homage pieces, is there any way can we get a Sleepaway Camp (1983) remix out of you?

The Mind's Eye is out now on iTunes and select VOD platforms.