The Possession Experiment – Interview with Film Director Scott B. Hansen 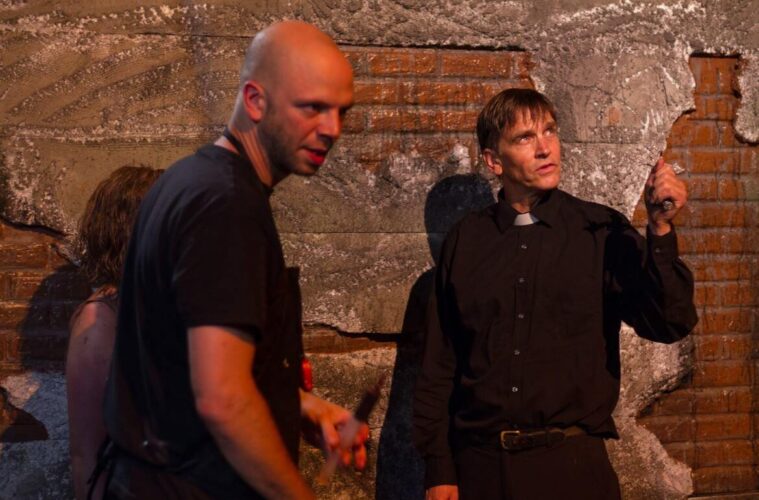 Scott B. Hansen has directed various music videos, however his preeminent passion is for directing film. His latest film is The Possession Experiment, a further take on the exorcism theme. He granted me permission to ask him a few questions, ranging from horror, “real-life” exorcism and his creative process.

How does The Possession Experiment differentiate itself from alternative exorcism-themed films?

It’s very different as for one it's about a guy that gets possessed but interestingly enough he does it to himself on purpose in the name of science. Too many films have the typical girl getting possessed in a nightgown type of thing. This film also champions social media which is big these days. I haven’t seen any Possession type films use this approach as of yet.

Did you have any fear or trepidation over creating a film using the theme of exorcism? Considering the relatively rich history of exorcism centered films.

I think there could be more actually. It’s a great topic and to be honest, I’ve been all over the world. In America, we take possessions with a grain of salt but in other countries its religion status. They’re huge as the belief in them is so much larger especially in Africa, South America, and Mexico.

Furthermore, what makes the film memorable in relation to different horror releases?

Well, it's a super low indie budget so I have heard comparison paranormal activity and Blair Witch. We basically did a lot with nothing to work with. The film uses POV cameras and mixes with traditional cinematography. Most horror films just go in the night vision route or handheld but The Possession Experiment is a wonderful mix of both.

Did you gain inspiration or influence from film, literary or other artistic mediums for The Possession Experiment? Can you give examples of these influences and how they helped to shape the vision you had for the film?

I’ve always been drawn to ghost films and documentaries about them.  Books and video evidence about real exorcisms from other countries has always inspired me.

Yeah, I would say films like Frailty, Flatliners and of course The Exorcist were big inspirations to me. The science aspects that Flatliners brought up were great. I’ve always been drawn to bringing as much realism to films as possible.

Were there any “real-life” examples of exorcisms that contributed to the film's plot?

I actually did some documentary shoots in other countries and got first-hand experiences on a few exorcisms. That helped spawn the idea for the film.

What was your experience with directing a feature length film within the horror genre?

This was my first feature film. I have done a documentary before as well called “Until it Hurts” about a Navy Seal. I also have some background in music videos also and especially in the metal Genre dealing with lots of elements of horror.

What are some of your own fears?

Dental things. You’ll see one of the first shots in the film that is based off one of my own fears. I’ve always hated going to the dentist and you’ll see my own expressions.

You are principally a director, but how did co-writing the film shape the process for you?

It was a way to save things from getting turned around and thrown out. Being involved in the story from the beginning is a great way to make sure your vision comes true to the screen.

I’m currently writing a film called “Obedience” that's a thriller in the vein of “Misery” meets “Red State” to be shot in the Adirondacks in New York mid next year.

The Possession Experiment is now available on VOD, Digital HD, and DVD.