The Quarry – Interview with Film Director and Co-Writer Scott Teems 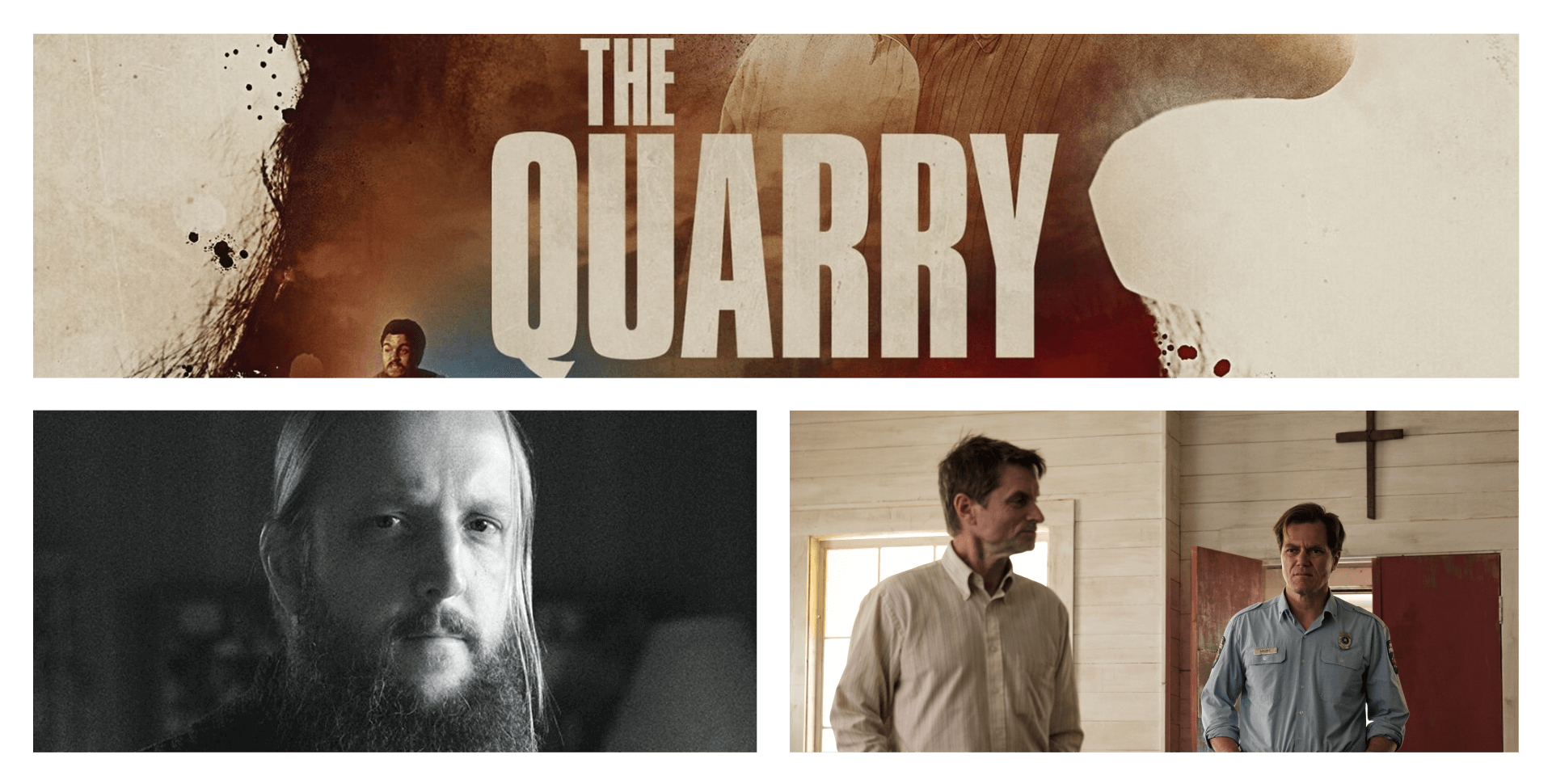 Lionsgate and Grindstone, a Lionsgate Company

The Quarry is the crime/mystery movie that follows a drifter (Shea Whigham), who kills a traveling preacher, steals his identity by moving into a new small-town church, and becomes acquainted with the town's suspicious sheriff (Michael Shannon).

Borrowing Tape interviewed Scott Teems on his experience directing and co-writing The Quarry (based on the novel by Damon Galgut) which is now available to buy and stream On Digital and VOD.

Watch The Quarry via Amazon or iTunes 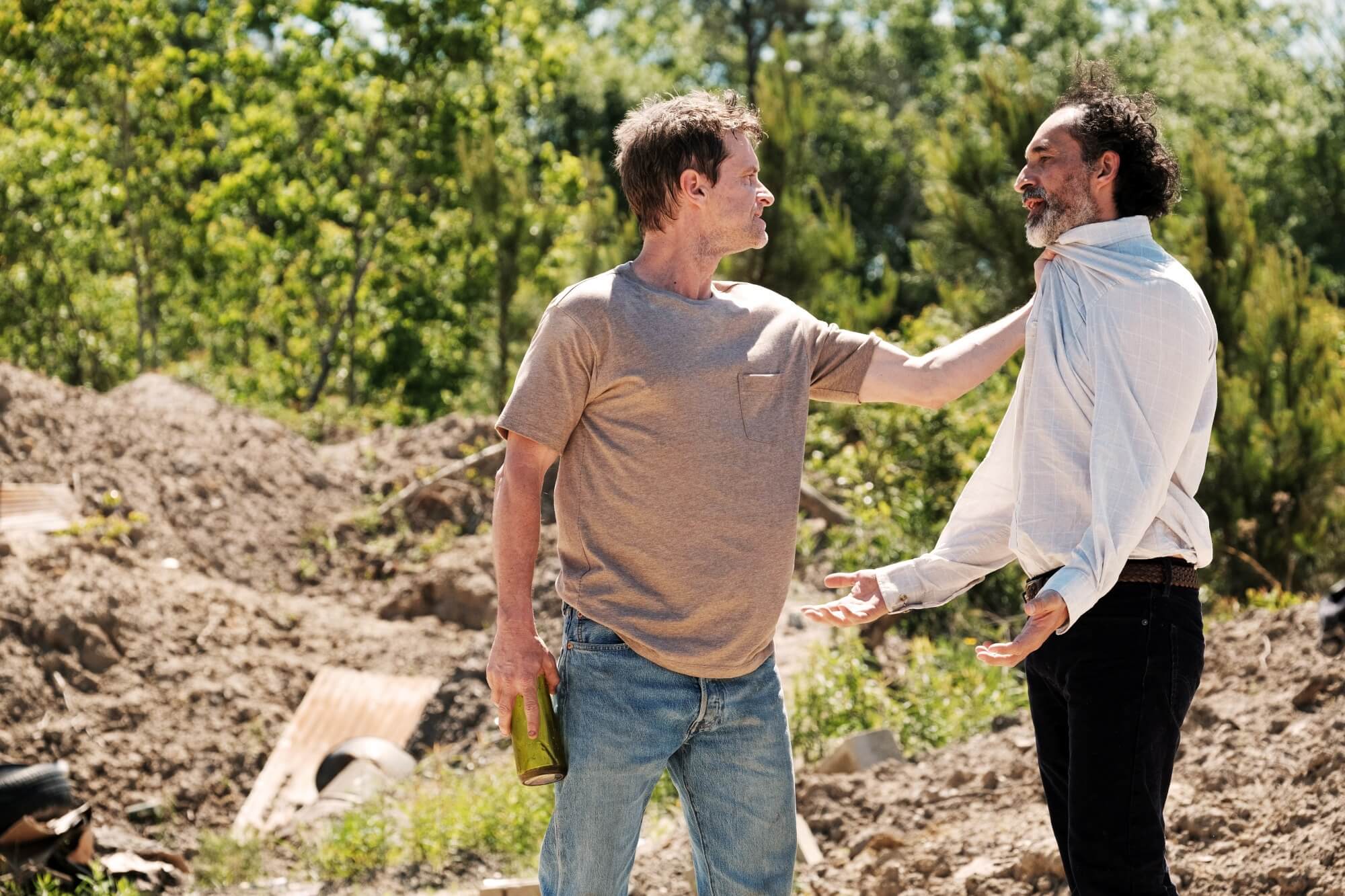 How was the collaborative process of writing The Quarry screenplay with co-writer Andrew Brotzman? Additionally, what facets of The Quarry novel (written by Damon Galgut) did you try to stay true, and add another dimension to, in the feature film?

I believe my primary obligations in adapting any story are to the original author’s intent and theme. What are the big ideas their story is about? If my adaptation stays true to those ideas, I can change the details (which I must, it’s a different medium) and it will remain a faithful adaptation. So that’s always what I’m aiming for.

The details of Galgut’s novel are sometimes quite different than our adaptation (the novel is set in post-apartheid South Africa, for one thing, which alone is a major departure from our setting of rural Texas), but it has this classic premise at its core -- the stranger rolls into town, claiming to be someone he’s not -- that makes it possible to translate to any location or milieu. That kind of universal setup also allows us to make it a more personal story while retaining the primary building blocks of the book.

When I first optioned the novel about ten years ago, I wrote several drafts of the script, but eventually, I hit a wall. The script was missing something, but I couldn’t see what it was. I went to Andrew -- who had been a friend and colleague, but at that point never a collaborator -- and he took a pass at the script, adding depth and nuance, bringing a new perspective to the story that I was in desperate need of. From there we worked together, passing drafts back and forth, a process that continued up to and through the shooting of the film.

What was the casting process like for The Quarry?

We first tried to make the film ten years ago, but couldn’t quite get it over the finish line. So the project laid dormant for several years until Shea Whigham got his hands on the script in the summer of 2018. His passion for the project gave it new life, and he called his longtime friend Michael Shannon (who had actually read the script a few years earlier but was unavailable at the time), and together they were able to get us the funding to make the film. Catalina Sandino Moreno was my first choice for Celia, and fortunately, she said yes. Same with Bobby Soto, whom I cast after having lunch with him. He didn’t audition. I was just so taken with him as a person; his life experience, his character. He brought a depth to Valentin that was remarkable. I feel extremely fortunate to have assembled such a wonderful cast. 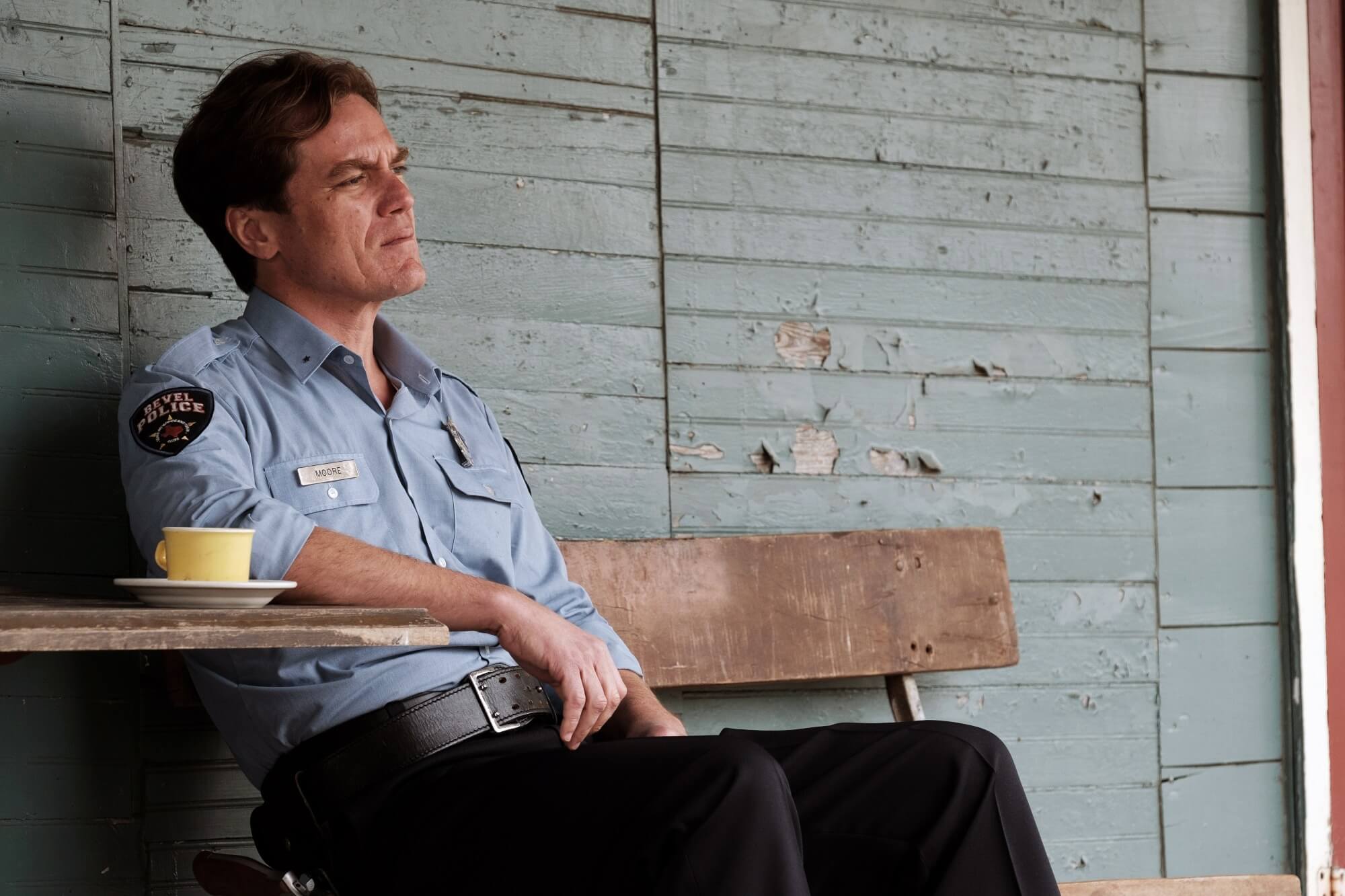 Which scenes did you find the most rewarding and most challenging to film?

When you’re making an independent film with a modest budget (and therefore very few shooting days), every scene is challenging! It’s a mad dash just to make your day. But there are moments -- like the courtroom scene, or the finale in the boat -- when we had the time to build those sequences with care and patience and to allow for changes as the scene evolved on the day. Those scenes became something more than they were on the page, and as a result, are two of my favorite scenes in the film.

But I also take great comfort when a scene just looks and feels like it did in my mind’s eye. There are two scenes in the film set in the Chief’s office, and both are nearly perfect realizations of how those scenes were originally conceived. They are beautiful blends of photography, production design, costumes, acting, and editing, and showcase the master craftspeople I was fortunate enough to work with on this film. Michael Alden Lloyd’s rich photography and controlled camera perfectly captures Erin Magill’s finely-detailed set (my favorite set in the movie) and Annell Brodeur’s memorable costumes. Saira Haider paced the scene brilliantly in the editing room. And at the center of it all sat two of the most accomplished actors working today, Shea Whigham and Michael Shannon, each man bringing his A-game to these cat-and-mouse showdowns. Those scenes are definite highlights for me.

How did you find the process of working with cinematographer Michael Alden Lloyd to devise the aesthetic of the film?

This is a story with big ideas -- racism, God, murder, forgiveness -- and big ideas need a big canvas. At the same time, there are smaller, introspective elements to this story of a man trying to outrun his past. It’s a blending of the epic and the intimate, and that’s what Michael and I sought to capture. Early on, Michael began talking about the new Alexa 65. It was a big canvas for our big ideas, yet it had an unexpected intimacy that could be very powerful. After seeing some tests, it didn’t take long to convince me of the same. 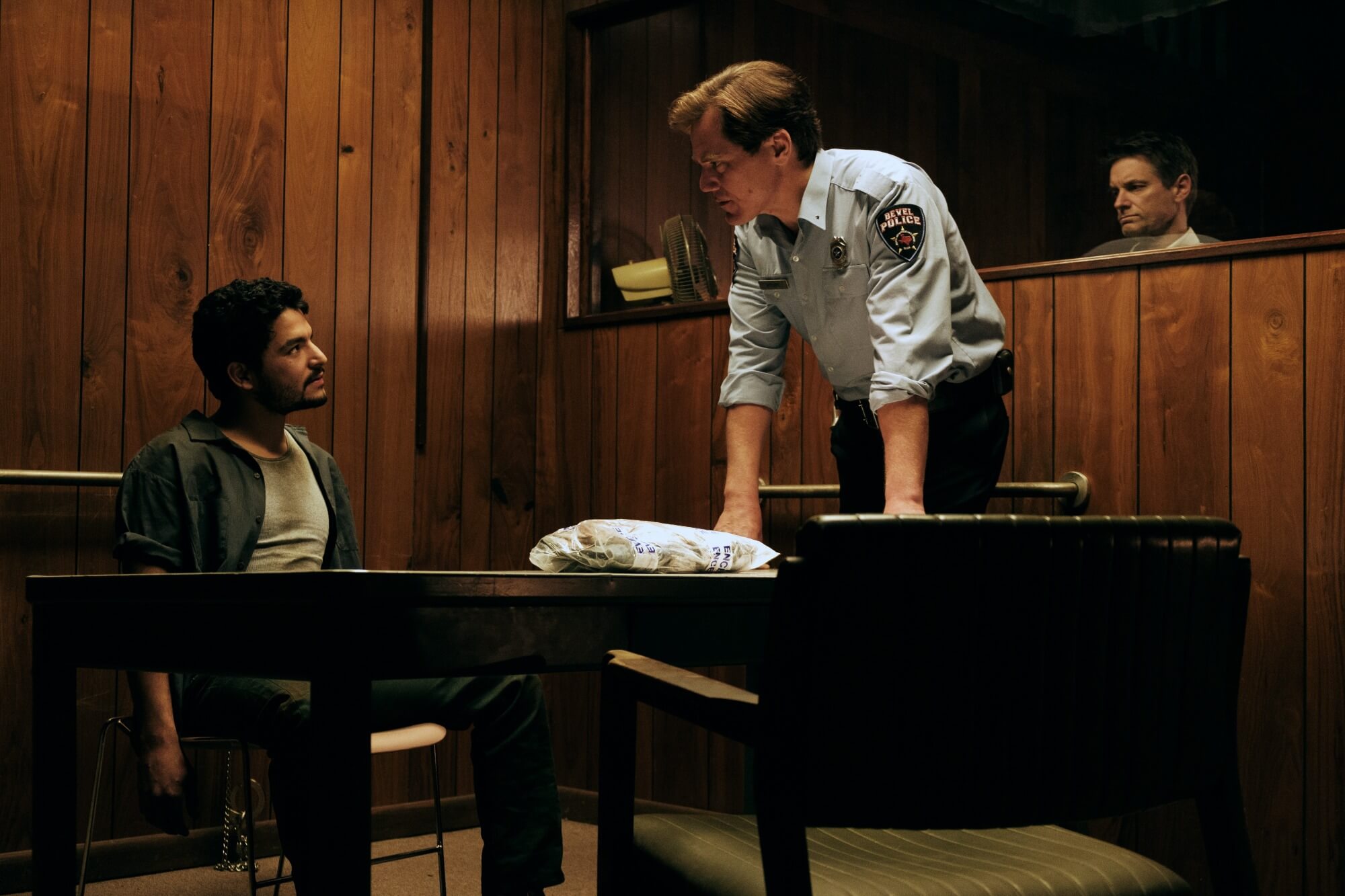 What films/directors have had the biggest impact on your filmmaking, and The Quarry and why?

The Polish director Krzysztof Kieslowski has been my favorite filmmaker for many years, and I continue to be deeply inspired by his work. I’ve certainly taken some ideas from his toolbox and put them into my own, combining his intimate, personal craft with my love of widescreen, hoping the combination might somehow feel fresh and different and help me better tell my stories.

Additionally, any time you’re making a stark Texas noir, you stand in the shadow of No Country For Old Men. And I don’t mind, because that’s one of the finest films of the last quarter-century. It’s a perfect film. So that gave us a touchstone, a place to build from. Robby Müller’s work in Paris, Texas was another reference; the boldness of color in that film has always struck me with its potency.

But honestly, the best you can hope for with any inspiration is just to soak in it as long as you can and hope some of it seeps into your work in an organic way. And if that fails, you just straight-up steal shots.

What do you hope audiences will take away from the film?

My simple hope is that folks walk away from the film with questions to wrestle with. And I hope those questions continue to gnaw at them, long after the credits have rolled.

Halloween Kills, which I wrote with David Gordon Green and Danny McBride, is scheduled for release in October. Let’s hope the world is a little more normal by then, and that folks will be eager to head to the theater to see some good ol’ fashioned mayhem and bloodshed.

Watch The Quarry via Amazon or iTunes