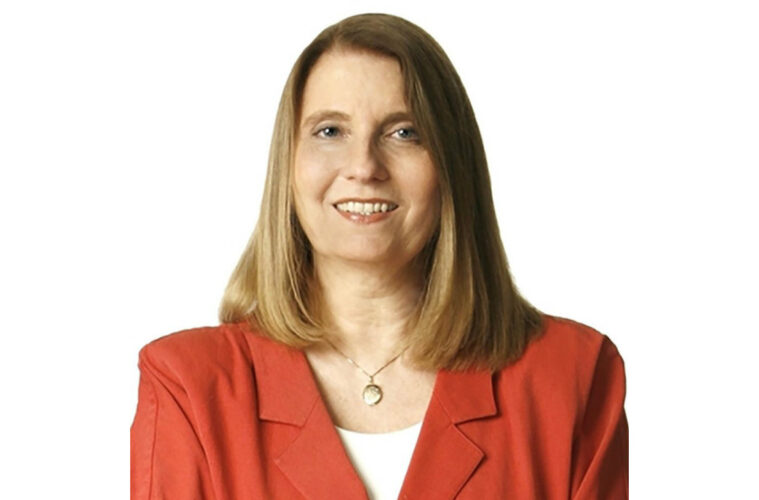 Susan Froemke is a film director and producer. She was an associate producer for the 1975 documentary film Grey Gardens. Froemke co-directed the 2001 documentary LaLee’s Kin: The Legacy of Cotton, which was nominated for an Academy Award for Best Documentary Feature. Her latest excursion with the documentary style is The Resilient Heart, an eye-opening film following an initiative to decrease the levels of heart disease worldwide.

How did you find out about Valentin Fuster?
In 2012, I was making a film about the American healthcare system with Matthew Heineman, called Escape Fire: The Fight To Rescue American Healthcare. While we were meeting with a cardiologist at Mt. Sinai Hospital, we were briefly introduced to Dr. Valentin Fuster. Our film was looking at America’s broken healthcare system and preventative medicine. Since Dr. Fuster works in larger population studies and focuses on a global approach, he wasn’t the right fit for Escape Fire.

A year later, in February 2014, Dr. Fuster and the film producer Ginger Brown called me to ask if I would be interested in directing a film about Dr. Fuster’s work. The film would focus on his efforts to curb the epidemic of cardiovascular disease globally. I met with him that very night and we talked for over two hours as he laid out his ambitious approach to treating cardiovascular disease. There was an immediate trust between us which is essential in making this type of documentary. I felt I saw the potential for a strong film in what he described. We started shooting one month later.

What were the primary reasons for making a documentary on this particular subject?
Once we started filming, I realized how important it was to make this film and to get it distributed. I didn’t know this when we began, but more than 17 million people die from cardiovascular disease each year, making it’s the deadliest killer worldwide. By the end of 2030, experts estimate that the number of heart disease-related deaths will surpass 23 million.

Dr. Fuster has been fighting this disease for many decades both on the scientific as well as the clinical side. Hypertension is a silent killer, and most people don’t know they have it. A big misconception exists in that a lot of people think heart disease primarily occurs in wealthy western countries, but over 80% of people who die of heart disease live in middle to low-income countries. Dr. Fuster is a unique individual. In his heart, he is a doctor who wants to heal people, but when he was the president of the World Heart Federation, he realized this problem was so widespread in poor countries that he needed to help heal sick populations and not just individual patients. His mission was daunting but I was inspired and felt that this film could capture his effective and realistic approaches to treating a serious global problem. I was excited that this could be a film about hope since he is solution- oriented.

What are your thoughts on filmmaking being used as a means of helping to create discourse on worldwide issues?
Documentary films are a phenomenal communication tool and a terrific vehicle for spreading information, especially with the innovative ways you can distribute films now. Since this film deals with medical issues, it can be shown in hospitals, medical schools, community halls in addition to the usual ways like TV broadcast, etc. Today there are so many ways to reach the audience the film needs to reach. I feel that documentaries are successful because viewers can identify and empathize with what they see on the screen and learn from it that way. Every year there are numerous docs that are forceful and informative like Citizen Four, 13th, Life Animated to name a few. Dr. Fuster was initially a reluctant subject. He is a very humble man. But when he saw the kind of impact and reach internationally a documentary could have, he decided to go forward with it.

You have vast experience in directing and producing documentary films. Why have you persisted with this form of filmmaking over others?
I grew up in the film industry working with the Maysles Brothers. I landed there when I was 21 years old and worked there for the first 30 years of my professional life. I lived and breathed the cinema verite approach that they pioneered. It’s not an easy approach because there is no script, but I think it’s a really effective way to tell a story. By letting your subject have free reign, you discover things you could never imagine. It’s a risky way to make a film because you don’t know what you’re going to end up with so you have to have faith in the technique and trust you will find the story during the filming. So far, it’s never failed.

Once you find a strong subject or event that is going to communicate something deeply, there is no better way to deliver a message terms. I love verite filmmaking because it’s so spontaneous, believable. The daily drama of people’s lives is as interesting as anything you would create fictionally, but you have to be an astute observer to find it.

How important is it for you to direct and produce?
I absolutely love directing and producing but to make the kind of films I produce, you have to be very involved in the editorial process too. And of course, you want to have as much creative control as you can. Editing is where we structure the film, so being in the editing room is extremely important.

I wish when I was coming up in the industry I had the opportunity to make films the way the young generation can now.  The technical advances in camera equipment have allowed people to make films by themselves and experiment without a high cost. When I was younger, we were shooting on 16mm film with 16mm cameras which were very expensive to use. You had to pay your dues to get ahead. Lucky for me I had great mentors in David and Albert Maysles.

Did this film help in developing a sense of how you would both like to approach any future projects? / What would be an ideal or dream project that either of you would like to put into motion?
Every time Dr. Fuster sees me, he asks what our next project is! I think he’s joking but over the course of the year and a half that we filmed, he became more and more comfortable in front of the camera. If we did another film together I believe we could tap more into the intimacy of our subjects’ lives. Dr. Fuster’s trust in this approach to filmmaking has grown but he will always have to be protective of the privacy rights of his patients. That’s a given in health care and I completely respect that right. But many people believe that in letting their story be told, it can help mankind and that is why they allow themselves to be filmed—for the greater good. If we were in Kenya and filming the community health workers, I’d now like to live with them to get a deeper understanding of how they have to maneuver to bring healthcare to their rural community. We could spend more time seeing how medical conditions are affecting the population, and how workers have been able to bring medical aid to their communities through smartphone technology. We accomplished a lot in the film we made, but we could go deeper next time because Dr. Fuster’s studies continue to find innovative solutions to treat cardiovascular disease in families and communities worldwide.

What’s next for you?
I just finished a film that premiered at Sundance in January 2017, Rancher Farmer Fisherman, which will be on Discovery Channel in late August. The film shows how people from opposite sides of the aisle come together in an unlikely conservation movement to save their iconic working landscapes and communities.

Currently, I’m in the middle of making a film for the Metropolitan Opera to that celebrates their 50th anniversary at Lincoln Center. It’s a film about people’s love for opera, but it’s also a film that tells the fascinating story of New York City’s urban renewal projects in the 1950’s and 60’s lead by Robert Moses, the Cold War, and the cultural battles that ensued to build Lincoln Center for the Performing Arts. There is a lot of history in the film that was unexpected told by some wonderful 92-year-olds! One year you’re in Africa and Grenada making a film about heart disease, and another year you’re delving deep into the history of the Met Opera. That’s what’s great about being a documentary filmmaker.

The Resilient Heart is available to watch on Amazon Prime and buy/rent on Amazon.