Tiong Bahru Social Club presents another tale of what's too good to be true, that somehow a group of strangers knows how to complete you as a person, and you have to pay them to do it. Even so, their sales pitch is always an attractive one. That one must get away from it all to reveal their real selves is persistent — films like Tiong Bahru Social Club always ask about the validity of that idea. At what point does your personal expression become manufactured by someone, or something else? Just what is happiness? This film is dealing with contemporary philosophy but is also only interested in a simple path out. 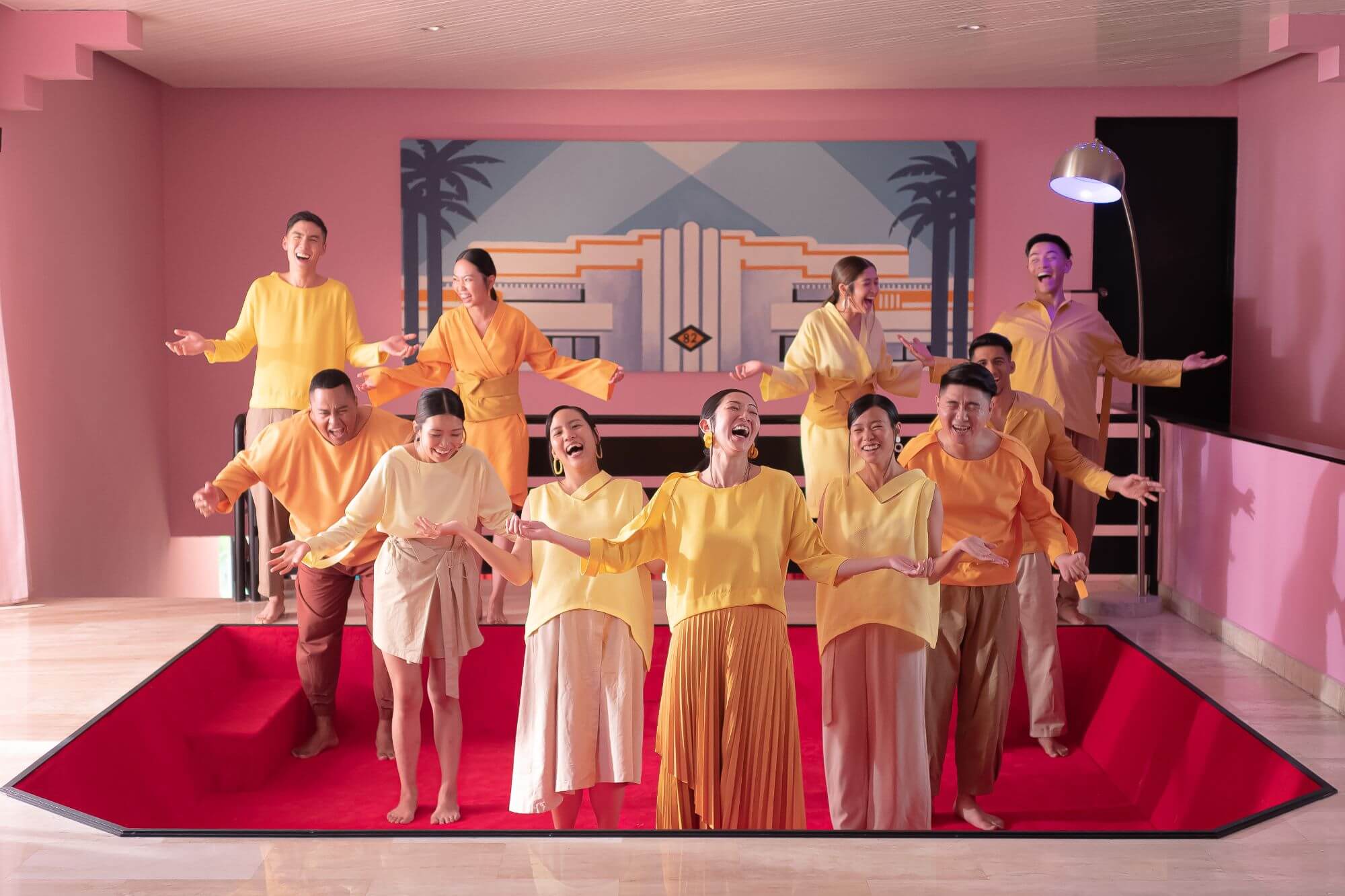 Sunny Disposition: The film's aesthetic is wrapped in the very thing it is examining and is skeptical of: entrapping the viewer with a bright color palette, quirky framing, expressive title cards, and a cute sense of humor — it extends a welcoming hand, a touch that then begins to feel increasingly manufactured. It's not as if there is a secret horror/thriller waiting beyond the film's first act, it's a rather sugary critique of something more blatantly disingenuous. The film operates on the idea that people are soft, in need of guidance, but ultimately warm and open to the world. However, what's interesting about this story's worldview is that it is very much about learning to love others by first loving yourself. There is an incredible amount of work that we must all do to find an equilibrium between peace and desire, and it's silly to imply that one-size-fits-all approaches like the Tiong Bahru Social Club can simply teach you how to define the utter incomprehensibility of a human soul through pool clubs. It's possible some of the residents or employees feel this way, and are only looking for good, simple times, but one can argue extended leisure is just another way to run from personal responsibility. Tiong Bahru Social Club takes you on one of these classic pursuits of happiness, not so much in the achieving stage but the one of realization, the stage you often feel like you're in the longest. 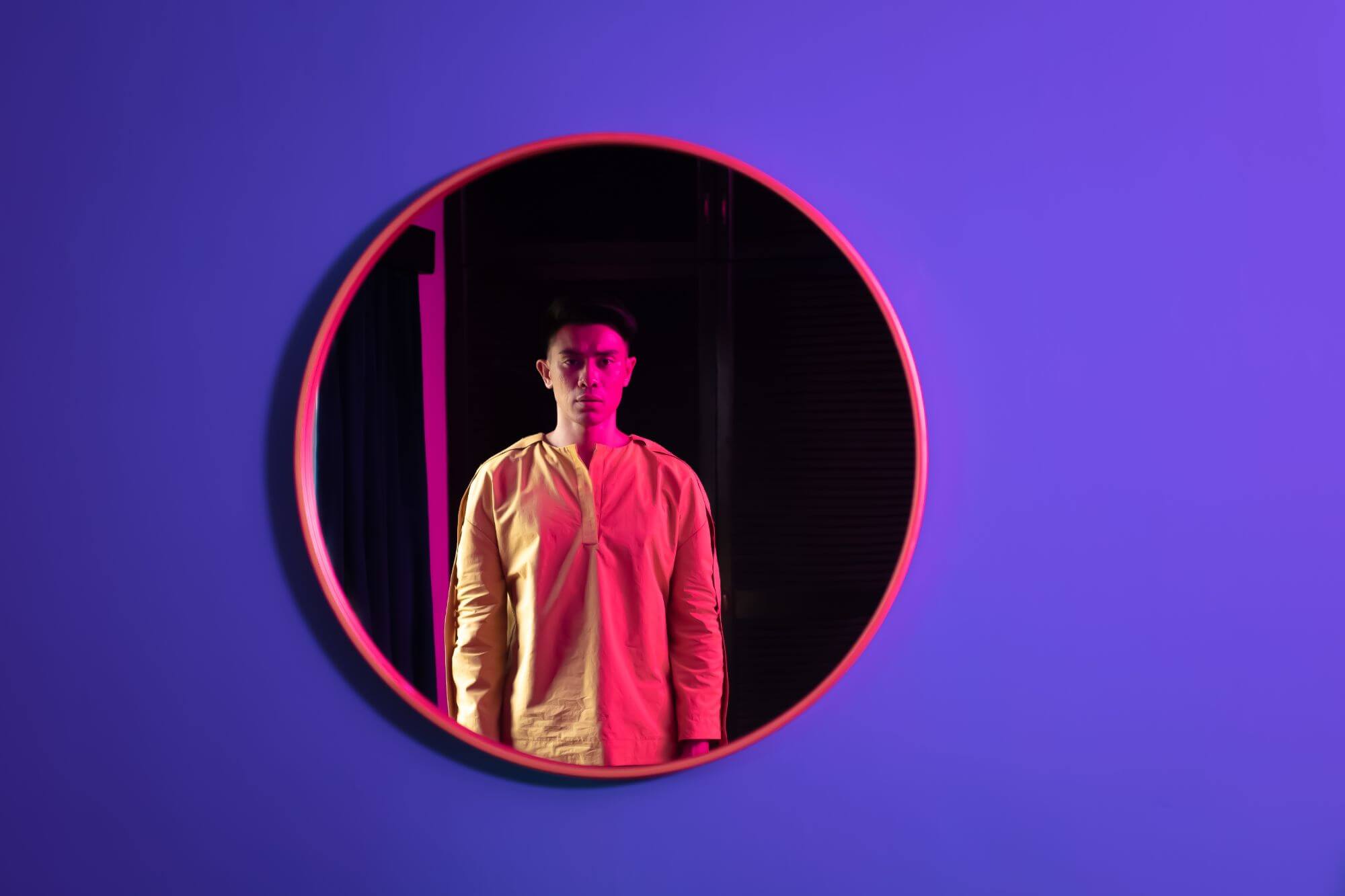 Glass Half Empty: For all the thinking, feeling, and wanting that's going on in the film, it doesn't often feel like it's moving forward with a clear direction. It's one thing to ask your character (and your audience) "Are you happy?" or, "How can one create happiness?" but it's another, more important feature of the film to build a cast of memorable characters trying to answer said questions for our entertainment, and I think this is where the film comes up short. It just doesn't seem quite as interested in letting us into the deepest wells of want from our Ah Bee, our main character, as he stays silent through moments that feel important. The film has an arc for him to see through, and it's rather sweet in the end, but it felt as if I watched suggestions of his feelings shifting around instead of hearing it out in some way. As a moviegoer, even though it's a visual medium, it can be pretty frustrating when characters don't — at the very least — try to verbalize their feelings with a conversation, abstract sound, or screaming. Film doesn't do internal monologues very well when they aren't accompanied by hand-holding narration, at least not without a bevy of visual cues. Tiong Bahru Social Club is no doubt a pretty film, but that beauty extends to its comfortable edits and composition, instead of hyper stylization. The slower pace reflects its breezy moods but also exposes the film as rather one-note throughout. There's a great conversation about emptiness at the end of the film, and how it motivates one to better themselves. Even at just over 82 minutes, this film is filled with a lot of emptiness, and it hardly evolves. Sometimes it felt like I was being encouraged to enjoy the experience much like the social club itself measures its residents' happiness ratings. 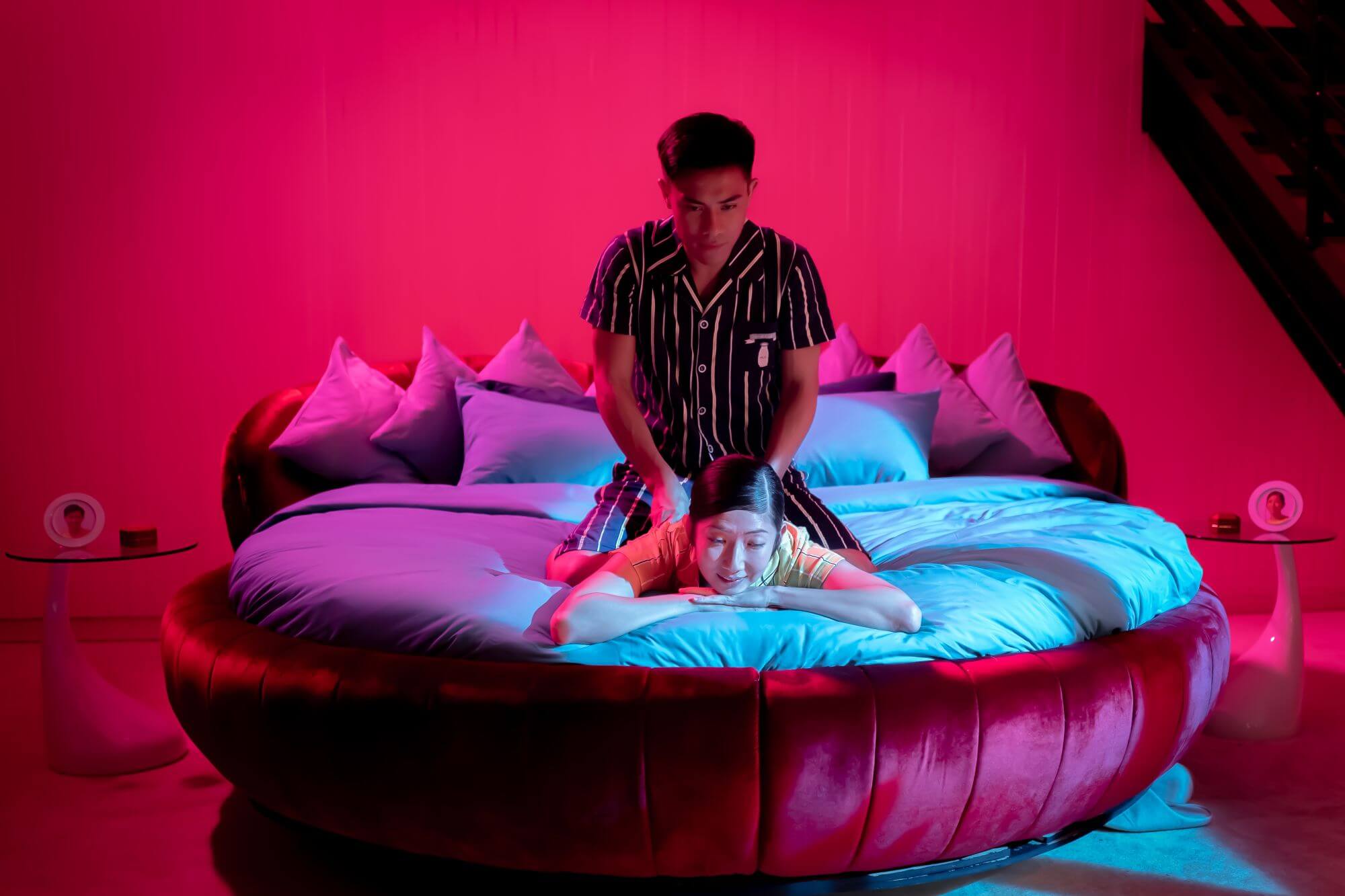 Without a strong central voice to help guide our interpretation of Tiong Bahrun Social Club, the film is a sweet but ineffectual treat. Its conclusions are scattered and simple. There is not much to be pored over hours after viewing. It remains an example of a filmmaking technique that is pleasant to the eye. That it's a sweet film that doesn't think too hard about itself might be a selling point for some. In fact, there's growing room in our media landscape for stories that tell us algorithms are bad for humanity as gently and unaccusing as this film.