Disclaimer:
This is not a review and it does CONTAIN SPOILERS!

It’s over 20 years old, but Scream truly stands the test of time and is one of the best slasher films to ever grace the silver screen. This film single handedly turned me onto the horror genre; it resonates heavily with my generation and has had a huge impact on our perception of horror.

Why is Scream important?

After a string of shitty '80s stalk and slash films, Scream revamped the dying genre by pastiching the horror subgenre and redefining its trite formulaic structure. It is a masterfully crafted piece of metafiction that calls attention to the clichés/tropes of your typical slasher film and then subverts them. Despite being humorous and hyperbolically self-referential, Scream manages to remain entirely suspenseful from beginning to end.

Hats off to Kevin Williamson for writing this script, this is how to make a debut. The humor is very tongue-in-cheek, gushing with both direct and indirect horror and pop culture references, from Ricki Lake to Freddy Krueger, and is clearly tailored for the MTV generation. Scream even acts as a social criticism of its teenage audience. "You make me so sick. Your entire havoc-inducing, thieving, whoring generation disgusts me," is an actual line by an adult in the film. Williamson's portrayal of American teenagers stands the test of time being completely relevant to teens today. For example:

The script also acts as a social criticism of the media and reflects the media-saturated culture from which it sprang. When the murders take place, news vans and reporters swarm the school trying to collect insight from people who may or may not have shared a class with the victims. They treat violence as a spectacle, a juicy story to be consumed over morning coffee rather than its actual savagery. Gail Weathers represents an industry that exploits and capitalizes on victims. The film's ending hits the nail in the coffin and closes with Gale, bloody and battered, ready to report her "exclusive eyewitness account of this amazing breaking story". News vans and reporters once again swarm the scene of the crime to be the first crew to get the scoop. All that’s really missing from the movie is Gail yelling at her cameraman, “Murder sells, Kenny!” because thanks to OJ, highly profiled murder cases are all the rage.

Wes Craven usually never disappoints (though, let's not forget Cursed or Vampire in Brooklyn for which, we forgive you). He has an eye for capturing the horror in everyday life, which is why Scream is so visceral. It is set in an American suburb, a setting that we can relate to, it's familiar — this could be your town, these could be your friends, and this could be you. He's conditioned us to fear everyday occurrences like the ring of a telephone or to be home alone in the dead of the night. Scream obviously gets most of its buzz from the opening scene. Craven pretty much sets the tone for the entire film in this 13-minute sequence. The scene starts off as a classic case of the wrong number, but when the phone rings for a second time, the audience starts to feel uneasy. Upon answering the second call, Craven hits the audience with a Dutch angle of Drew Barrymore. It's very subtle, but it sparks some serious sinister vibes as the camera slowly moves into a tight shot of just Barrymore's face and the double doors with large windows over her shoulder. When Drew exits the frame, the camera lingers on the doors, emphasizing the darkness outside and how anyone could be out there lurking about the shadows. Well done, Wes, well done.

The theme of retribution tends to be backdrop for slasher flicks. The killer is often seeking retribution for a perceived wrongdoing; the wrongdoing could’ve been to the killer themselves or someone related to them. For example, in Friday the 13th (1980) Mrs. Voorhees sought retribution for her son who died under the watch of irresponsible camp counselors. She then spends the duration of the movie killing off camp counselors at Crystal Lake. Scream keeps this prevalent theme with momma’s boy Billy Loomis. He is punishing Sidney for the sins of her mother, Mrs. Prescott. Mrs. Prescott is the cause of his own mother, Mrs. Loomis, abandoning him.

Character archetypes, while not in every horror film, are a distinctly recognizable trope within the genre.

1. Sidney Prescott (Neve Campbell) - the virgin/final girl. She is the sole survivor that confronts the Ghostface at the movie's end.

2. Billy Loomis (Skeet Ulrich) - the athlete (doesn’t necessarily have to be an actual athlete). Kevin Williamson’s script described Billy as “a young strapping boy of seventeen. A star quarterback/class president type of guy. He sports a smile that could last for days.”

3. Tatum (Rose McGowan) - the whore, serving as a foil to Sidney - mimicking the whore and the Madonna. Tatum sports blonde hair and erect nipples throughout the film and is presented as a sexual being.

4. Stu (Matthew Lillard) - the fool, always making jokes; even in his final moments, he continues to serve as comedic relief.

5. Randy (Jamie Kennedy) - the scholar; he is the lovable nerd of the group. Randy is an avid film watcher and the gene savvy character who knows all the rules as to how to successfully survive a horror film.

Characters are more than just their archetypes. You aren’t rooting for the killer to maim this group of vapid teenagers. The characters develop personalities and we actually empathize with them. For example, final girl Laurie Strode from Halloween (1978) is your seemingly perfect teenager. She doesn't indulge in the sinful activities of her peers, eats all her fruits and veggies and is an average girl with a normal life. We don't really get to know her on a personal level. We see her, but we don't really feel for her. Scream's final girl Sydney Prescott is layered. Not only trying to evade the killer, she is also dealing with her personal relationships (with her boyfriend Billy) and coping with the murder of her mother. She is more than just a final girl to us. We connect with her, we feel for her when she cries alone in a bathroom stall and we root for her when the killer strikes.

The red herring is not actually a red herring. Everything in the film tells you that Billy is the killer, yet as the audience we tell ourselves, “Nah, it’s not him. The movie just wants us to think that.” Then when he dies, we are satisfied with ourselves for not being tricked by the film. The joke's on us when it's revealed his death was faked and he actually is Ghostface. Randy even claims the red herring to be Sidney’s father, trying to convince the audience that Billy is in fact the killer. We consider this plausible, but we don’t accept it as entirely true because there isn’t quite enough evidence to nail Billy. 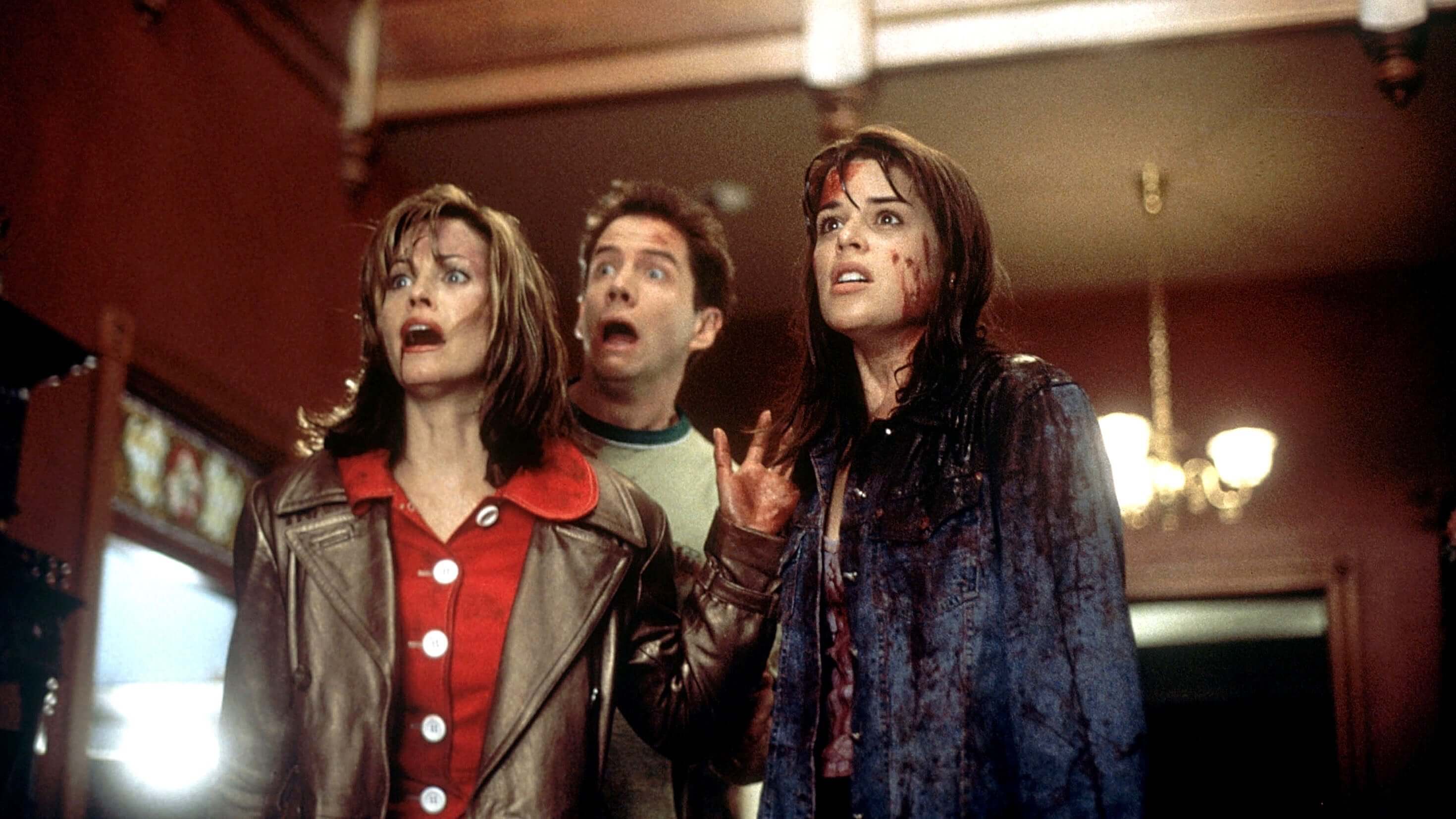 We have two killers. Michael Myers, Jason Voorhees, Freddy Kruger, Leatherface, etc. all are one man shows. Scream throws a curveball by revealing not only Billy as the killer, but Stu as well.

Breaking the rules. The final girl loses her virginity in the movie, subverting the rule that one must not have sex in order to survive a horror movie. Also, Stu uses the famous line, “I’ll be right back.” Randy replies, “See, you push the laws and you end up dead. Okay, I'll see you in the kitchen with a knife.” We do see Stu again but not until later when he is revealed to be one of the killers, in the kitchen with a knife.

Not quite dead. This is a trope where the killer, who was mortally wounded, comes back to life. As Billy lay dying on the floor, Randy says, “Careful. This is the moment when the supposedly dead killer comes back to life, for one last scare.” Billy starts to rise and Sidney shoots him point blank in the head. She then says, “Not in my movie.” So Billy is actually very much so dead (as is Stu) because in the end, they are just teenagers. In contrast to monsters like Freddy and Michael who have a supernatural mysticism to them, Williamson creates an entirely different type of monster with Billy and Stu, one that is familiar and all too human.

Refusal of narrative closure. Stalk and slash movies never truly have narrative closure. They end one of three ways: the monster triumphs, like in Henry: Portrait of a Serial Killer; the monster is defeated but only temporarily, like in Halloween (1978); or the outcome is uncertain, like in Texas Chainsaw Massacre (1974), we end with Leatherface spazzing out in the middle of the road as the final girl gets away or in Nightmare On Elm Street (1984) where the final frames are of Freddy snatching Nancy's mother through a window. We know these guys are still alive and active. We know they are going to strike again, so a sequel is inevitable when the narrative is left open ended. With Scream, we have a concrete ending. Both Billy and Stu die, so essentially there is no killer left to terrorize and all is well once again in the sleepy town of Woodsboro. Obviously the later installments were due to the first's financial success, but we do not have the same killer in each installment like we do with other slasher movies. There is a new killer with a new motive in each film and there is always narrative closure in each installment. 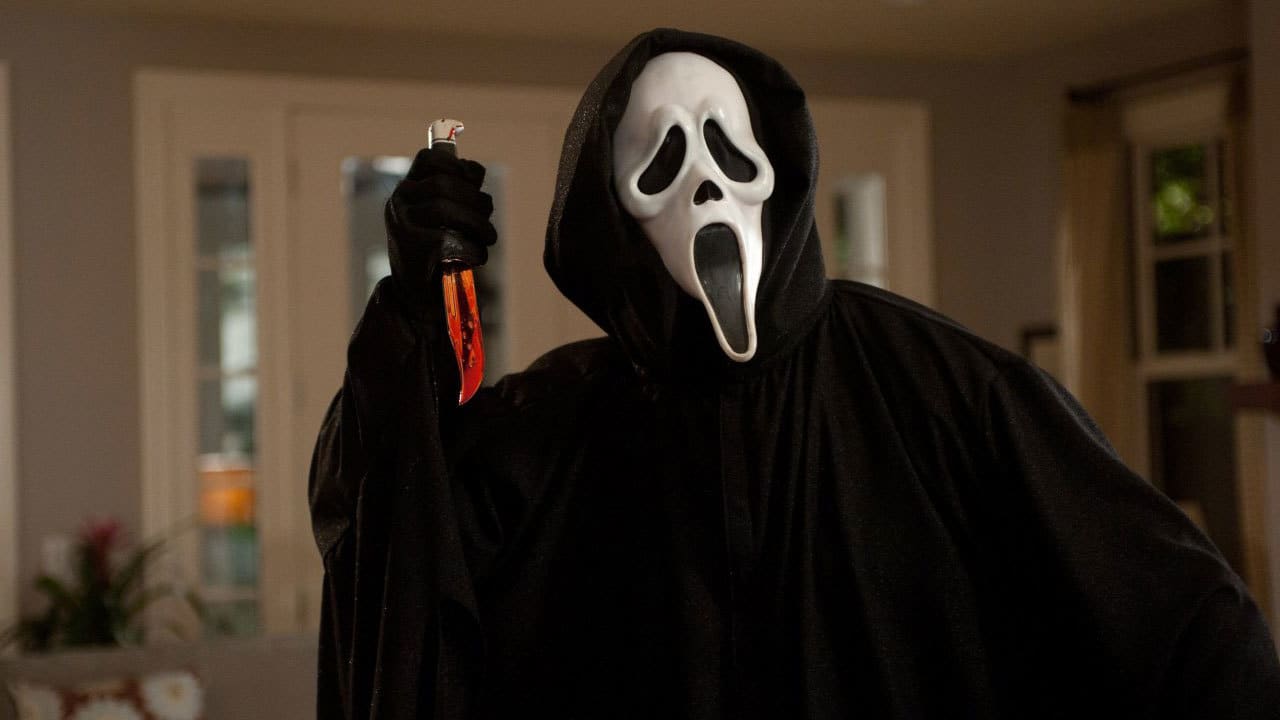 I could talk about this movie all day. There's much more to be said and I've only just scratched the surface. I didn't talk about Scream's use of violin crescendos to mock the overly dramatic scores of its predecessors, the Ghostface mask as a postmodern rendering of the Expressionist composition "The Scream" by Edvard Munch, the use of technology, and its growing role in society, etc. This movie is both very much in your face, winking at you after each reference (“Jamie, look behind you!”), and shrewdly subtle (like using the last names Loomis and Mackenzie), that some of the references might go right over your head. I watch this movie every Halloween and Scream continues to be the smartest kid in the room. 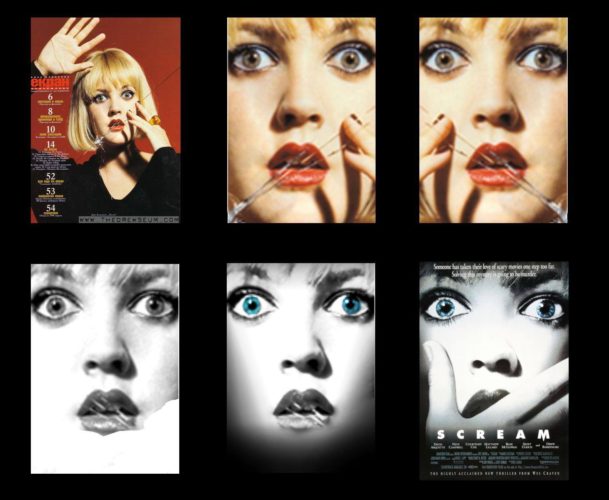 Posters from the Scream Franchise