A Clockwork Orange meets Singin’ in the Rain Poster

A Clockwork Orange is undoubtedly a masterpiece of cinema, and analogous with a number of films directed by Stanley Kubrick. The film caused rabid controversy at the time due to its content, which included extreme depictions sex and violence. It caused so much controversy that certain scenes needed to be edited for public consumption. In fact, it was pulled from being distributed in the UK at the request of Kubrick himself. This was largely due to a number of serious “copycat” crimes, that the British justice system judged to be a consequence of people seeing the film.

However, the Spanish Director, Luis Bunuel, commented about the film stating that "A Clockwork Orange is my current favourite. I was predisposed against the film. After seeing it, I realised it is only a movie about what the modern world really means".

The most iconic scene of A Clockwork Orange involves an especially brutal gang rape of a woman in her own home while her beaten husband looks helplessly on. The main protagonist of the film (Alex, played by Malcolm McDowell) sings the equally classic Singin’ in the Rain, from the film of the same name.

The following poster has cleverly combined both films with glorious result. 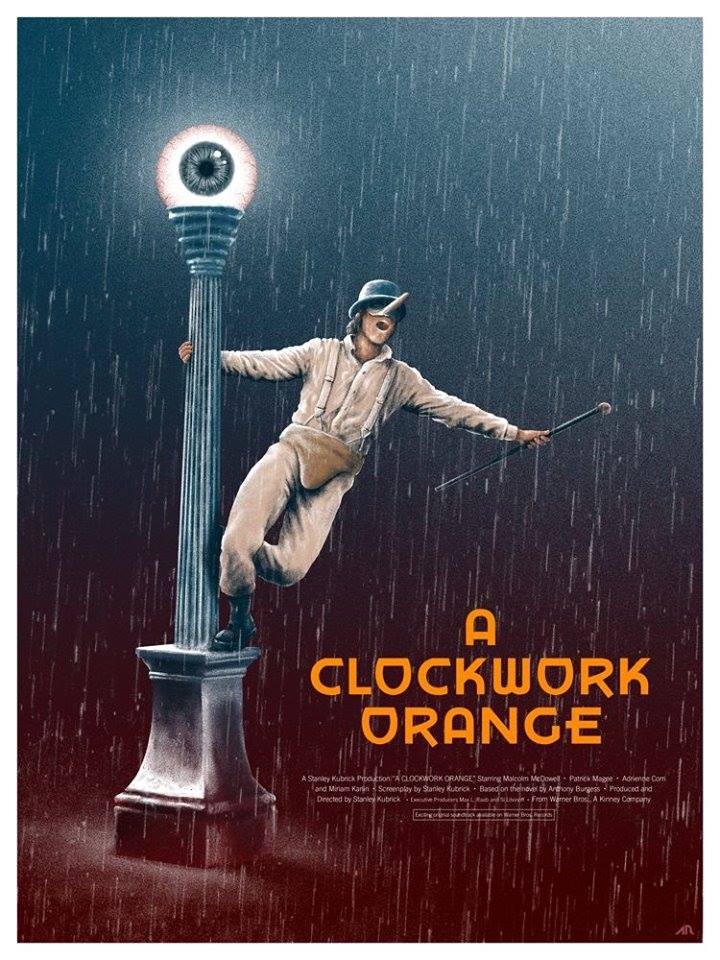